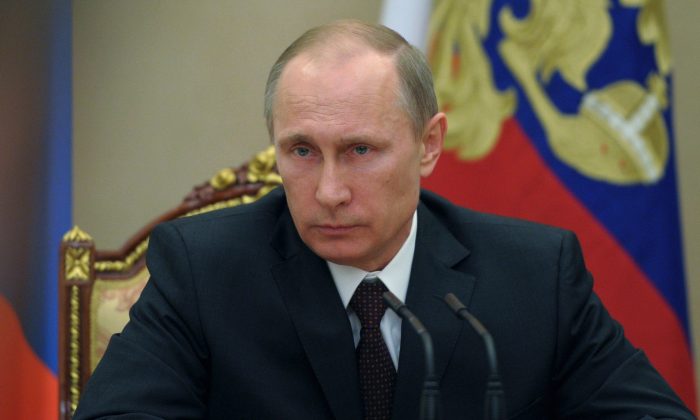 The state of the investigation into whether Russia interfered in the 2016 U.S. presidential election may be heading into dangerous territory for some major news outlets with close ties to the giant state.

The latest chapter in the inquiry has turned its focus on paid advertisements on Facebook made by companies or individuals in Russia.

Towards the end of the 2016 elections, Facebook was accused of running Russian disinformation. It launched its own investigation, and according to the Washington Examiner on Sept. 6, it passed its findings to Robert Mueller, the special counsel investigating alleged Russian interference in the election.

It is now handing over information on the advertisements to Congress, according to Bloomberg, and says it will overhaul its policies for political advertisements.

Facebook discovered close to $100,000 in advertisements that were “affiliated with one another and likely operated out of Russia,” between July 2015 and May 2017, according to a Sept. 6 release from Alex Stamos, Facebook’s chief security officer. It states the advertisement money went to close to 3,000 ads from 470 accounts.

Facebook’s investigation was extremely broad. Stamos notes that Facebook included any ad that even appeared to originate from Russia, including advertisements purchased by users within the United States, but who had Russian set as their default language.

The Facebook ads don’t appear to support the popular narrative that the money may have affected the elections. The post notes, “The vast majority of ads run by these accounts didn’t specifically reference the US presidential election, voting or a particular candidate.”

Rather than focus on candidates, some ads focused more on divisive topics, such as race, immigration, and gun rights.

The finding that the advertisements on Facebook were not overtly political stands in sharp contrast to the known state funding that many legacy news outlets have accepted from Russia and China to publish state propaganda. The concern that Facebook’s advertisements may have improperly advanced Russia’s political agenda would seem to apply in spades to these outlets.

The Daily Caller reported in Oct. 2015, “Chinese and Russian propaganda supplements are regularly included in The Washington Post, but the widely read newspaper won’t say how much money it gets on the deals.”

The Washington Post isn’t alone in carrying these supplements. The story notes, “The Russia Beyond The Headlines material has appeared in other major news papers, including The Wall Street Journal and The New York Times.”

The Daily Caller also reported that the Chinese regime was at times using the logo of The Washington Post in its sponsored content, which made it appear the content was legitimate. Russia Beyond The Headlines used similar tricks by using small font that made it difficult for readers to discern the legitimacy of the content.

The ties between the Russian government and American journalism go further than this, however.

The Daily Caller reported in March that numerous liberal journalists and political activists have ties to Russia’s RT—which receives some of its funding from the Kremlin, and which has been accused of spreading disinformation that affected the 2016 elections. These accusations ironically come from several news outlets with ties to RT.

In addition, it notes that Mexican billionaire Carlos Slim, a major shareholder of the New York Times, has a joint venture with Larry King, ORA TV, which has a licensing agreement with RT.