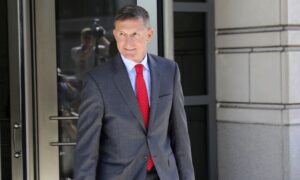 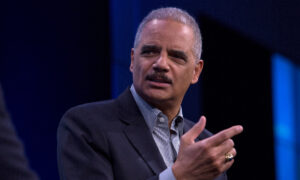 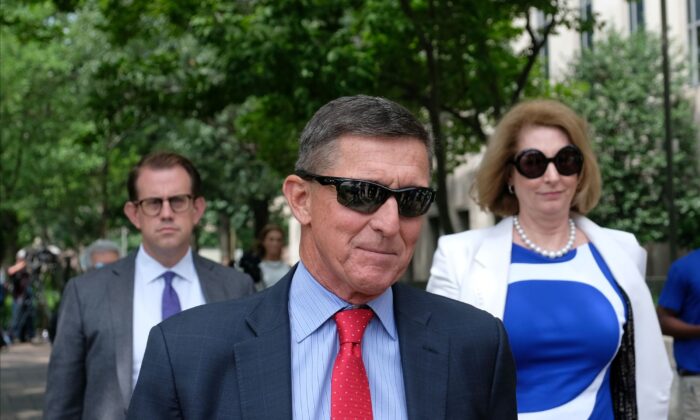 Sidney Powell, the lead lawyer for former Trump adviser Michael Flynn, went scorched earth on the federal judge presiding over the case, accusing him of bias and improper conduct in harsh terms.

“Judge Sullivan’s increasingly hostile and unprecedented words and deeds in what has become his own prosecution of General Flynn mandate his disqualification from further participation in these proceedings and the referral of his conduct to the D.C. Circuit Judicial Council,” said Powell, a former federal prosecutor, in the Oct. 7 motion to disqualify District Judge Emmet Sullivan (pdf).

Flynn pleaded guilty in 2017 to lying to FBI agents. In January, he asked the judge to allow him to withdraw the plea, saying he only signed it because prosecutors threatened his son, and his lawyers gave him bad advice due to a conflict of interest. The Department of Justice (DOJ) dropped the case in May after an internal review unearthed evidence suggesting the FBI agents were trying to catch the retired three-star Army general in a lie.

Sullivan responded by appointing former federal Judge John Gleeson as an amicus curiae (friend of the court) to argue against the dismissal and to determine whether Flynn should be charged with contempt of court for walking back his plea.

A three-judge panel of the District of Columbia appeals court ordered Sullivan to accept the case dismissal in June, but he appealed for a rehearing before the full court, which reversed the panel decision and sent the case back to Sullivan on Aug. 31.

Sullivan held a hearing on the case on Sept. 29, where he got into several tense exchanges with Powell.

The hearing “reeked of the court’s bias” and “it was apparent that the court was desperate to find something wrong,” Powell said.

Sullivan questioned whether the decision to drop the case was motivated by President Donald Trump’s criticism of the Flynn prosecution on Twitter. He also questioned the “propriety” of Powell’s letter to Attorney General William Barr last year, where she explained her concerns about the case and asked Barr to drop it or assign it to new prosecutors. He asked Powell whether she talked about the case with Trump.

“His antipathy for defense counsel Sidney Powell was evident as he grasped at straws in his attempt to create a false narrative of the case itself, conjure up the political bias he and his amicus claim motivated the dismissal motion, and manufacturing non-existent ethical issues,” Powell said.

She acknowledged that she talked to Trump about the case, but only after the DOJ dropped it. She said she asked Trump not to pardon Flynn.

“No one should have to hope for a presidential pardon despite facts that prove his or her innocence,” she said.

The judge was trying to cast her talking to Trump as inherently unethical or illegal “when, in fact, it is neither,” she said.

“Judge Sullivan’s remarks reflected his personal view that both the president and Attorney General Barr are corrupt and simply protected a friend of the President … The bias of the court and accompanying assumptions are so thoroughly accepted on ‘the left’ that the bias does not even register to them.”

Powell criticized the judge for picking Gleeson as amicus.

“The lack of impartiality inherent in this choice and this process is not credibly debatable,” she said.

She accused Sullivan of being improperly influenced by an op-ed Gleeson co-authored two days before his appointment. In the article, Gleeson called on Sullivan to deny the case dismissal and sentence Flynn.

“This cake was already baked when Gleeson first laid out his ingredients in the opinion piece well before Judge Sullivan put it in the oven two days later,” she said.

Both Powell and the DOJ lawyers have argued that by all legal precedent, Sullivan has to accept the dismissal.

“Never has a court worked so hard or stretched the facts and law so far to smear a defendant and his counsel—and to try to deny an undeniable motion to dismiss,” Powell said.

The judge asked during the hearing whether Flynn can be later charged for other crimes alleged in his statement of offense. Flynn acknowledged in the statement accompanying his plea that there were false statements in the foreign lobbying (FARA) disclosures of his defunct consultancy firm.

But the DOJ acknowledged during the hearing that Flynn didn’t actually affirm that he was aware of any falsities at the time the papers were filed and making false statements unknowingly is not a crime.

Peter Strzok, one of the FBI agents who interviewed Flynn, seemed to acknowledge as much in 2017 notes, where he wrote Flynn’s firm “satisfied the registration obligation.”

“No evidence of any willfulness,” he wrote (pdf).

Powell has argued that the disclosures were correct in substance, and any problems were the fault of Flynn’s previous lawyers who prepared them.

Both Sullivan and Gleeson made the point that Flynn affirmed his guilty plea twice and that the case was already in the sentencing stage.

Powell called it signs of desperation and grasping for straws, stressing that Flynn hasn’t been sentenced yet and that’s what matters legally when it comes to his plea withdrawal.

“Sentence has either been imposed or it has not; there is no in-between,” she said.

As for the plea affirmations, the first one was in 2017 before District Judge Rudolph Contreras, who recused himself shortly after for a prior relationship with Strzok. This rendered the proceedings in front of him void, Powell said.

The second affirmation came before Sullivan in early 2018, but the process hasn’t been completed because Sullivan has yet to inquire into Flynn’s assertion about the threats against his son and his prior lawyers’ conflict of interest, Powell argued.

Powell further criticized Sullivan for accepting letters from lawyers of Strzok and Andrew McCabe, the former FBI deputy director. The lawyers suggested that Powell added dates, some of them wrong, on Strzok’s and McCabe’s notes provided to Flynn by the DOJ.

Sullivan said he was “floored” by Strzok’s allegation.

Powell argued the lawyers should have raised their concerns with the DOJ as they have no right to intrude on criminal proceedings.

“It is highly improper and evidence of egregious bias for the court to allow any and everyone else with partisan axes to grind to make and argue their accusations and ‘conspiracy theories’ to the court,” she said.

She also suspected that Sullivan has continued to consult the case with Beth Wilkinson, the personal lawyer he retained for the proceedings before the appeals court.

“As it stands now, in a prosecution the government has dropped, General Flynn is forced to litigate against this court, his amicus and his firm, the court’s personal counsel and her firm, and now counsel for McCabe and counsel for Strzok and their firms—not to mention the many amici—all in unprecedented procedures created by this court to accomplish its patently biased agenda,” she said.

She noted the standard for a judge’s recusal is low, as the mere appearance of impropriety or bias suffices.

“The appearance of bias here is terrifying and mandates disqualification,” she concluded.