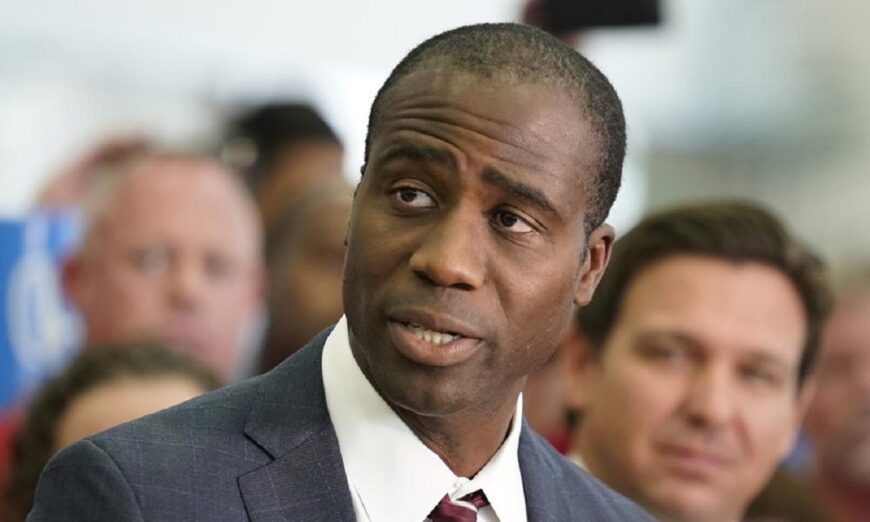 Update: The guidance was published on March 8.

Florida officials on March 7 said the state would be the first to formally recommend that healthy children shouldn’t get a COVID-19 vaccine.

Dr. Joseph Ladapo, the state’s surgeon general, made the announcement during a roundtable discussion titled “The Curtain Close on COVID Theater.”

“The Florida Department of Health is going to be the first state [department] to officially recommend against the COVID-19 vaccines for healthy children,” Ladapo said.

The planned update didn’t appear to be on the department’s website on March 7, and the agency declined to share more details. COVID-19 vaccines “are the most effective tools to protect your health and prevent the spread of disease,” a page on the site says, adding that the vaccines “are safe, free, and highly effective, including against known variants.”

White House press secretary Jen Psaki told a briefing in Washington that the policy was “absolutely not” good and suggested it was a part of a pattern from some officials of “casting doubt on vaccinations.”

Pfizer’s vaccine is the only shot available to people younger than 18 in the United States.

Shortly after Ladapo’s announcement, Florida Gov. Ron DeSantis said the event “crystalized a lot of things that we’ve seen,” including “a failure to weigh costs and benefits, whether that’s lockdowns, whether that’s school closures, or whether that’s even something about whether a healthy 7-year-old kid should get the COVID vaccine.”

According to the CDC, just 663 of the 914,259 deaths attributed to COVID-19 in the United States during the pandemic have been among those 18 or younger. In addition, few children who have contracted COVID-19 have required hospital care.

The event took place after three studies revived questions concerning vaccination for all children, a contentious topic during the pandemic.

Dr. Tracy Hoeg, an epidemiologist who worked on a study comparing the risks and benefits, said during the event that the recent data was undermining the arguments for vaccinating children.

“We need to make sure that we’re not doing an overall harm by vaccinating children when we don’t know if there’s benefit. And we have this known safety signal, which we analyzed in our paper, which is myocarditis in boys, especially, more than girls—it also exists in girls—and young men,” she said.

“And so even for boys who are previously healthy, who haven’t been previously infected, we didn’t find that there was a benefit—there was actually overall risk of giving them the second dose. And so these are the type of analyses that we need to do in a rigorous manner and until we know the answer to this, and until we’re sure that we’re not overall doing more harm than good, we need to be able to give parents and children the choice about whether or not they should be vaccinated.”

Several other speakers also said they opposed vaccine mandates for children, and recommended further research on the risk-benefit calculus.

“If you have a child with risk factors to COVID, that’s a discussion with your pediatrician, but if you have a healthy child, your chances of that child dying are incredibly low. Essentially close to zero, if not zero,” said Dr. Joseph Fraiman, an emergency room doctor.