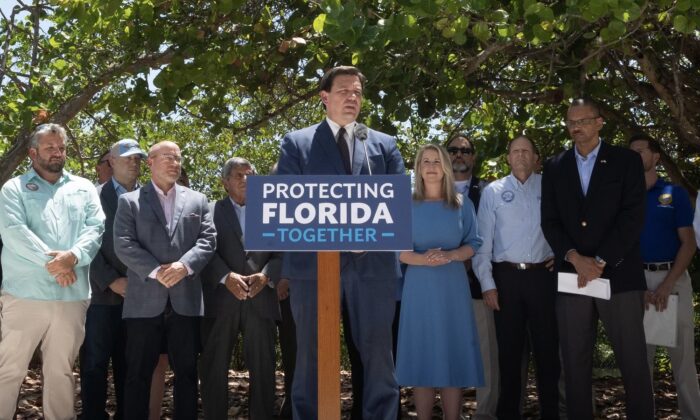 A national labor market analytics company has ranked Florida as number one in attracting a skilled workforce, which it attributed to the state’s focus on training workers with technical skills and credentials.

For the past seven years, Lightcast’s 2022 Talent Attraction Scorecard has announced county rankings based on trends in education, overall job change, migration, skilled job change, competitive effect (jobs created above or below what is expected), and skilled job openings.

“An engaged workforce will increasingly be a prerequisite for a healthy talent pipeline,” the company said.

“This year’s rankings capture the tumultuous COVID years, with education and jobs data from 2017–2021,” Lightcast added. “Rankings also capture the first wave of pandemic migration, with IRS migration data from 2016–2020.”

Gov. Ron DeSantis has touted keeping Florida open during the pandemic, which caused a massive influx of people from locked-down states, and investing in workforce education as the drivers of the favorable ranking from Lightcast.

“By keeping Florida free and open, we have created a positive economic environment and invested in our state’s workforce and communities,” said DeSantis in a statement. “As a result, Florida is leading the nation in net migration and talent attraction. As other states continue to struggle at the hands of poor leadership, people and businesses are flocking to Florida.”

Florida has 15 large counties in the top 50, with Hillsborough ranked eighth, up from 20th in 2019 nationally for attracting and retaining skilled workers. Lee, Pasco, and Polk were among the top 10 large counties in net migration.

However, not included in Lightcast’s study criteria, was labor force participation rate, which the company highlighted as something to watch out for. Currently, Hillsborough County looks strong, with its participation rate at 70 percent, which is above the national average of 62.5 percent. Polk County has struggled with a rate of around 55 percent, which may explain why DeSantis has assigned millions of dollars in workforce education to it.

“Businesses and families move to Florida because they know our state is the best place to grow,” Eagle said in a statement. “The state’s unemployment rate remains low, while private sector employment and job growth continue to soar.”

Education continues to be a vital part of the criteria Lightcast used to determine its ratings. Between 2017 and 2021, Floridians attained at least an associate’s degree, which has increased by around 14.5 percent, Lighthouse estimated.

Also during the same period, skilled jobs grew by more than 12 percent as Florida struggled to attract such positions, and total jobs grew by 4.3 percent, Lightcast said.

Lightcast warned of a housing shortage and called on economic developers to be “creative” to solve the problem. They gave examples such as pattern zoning in Bryan, Texas, Baltimore’s live-near-your-work program, and a Michigan county’s land bank.

“Remember, it’s both the short and long game,” the study said. “Housing is needed now, but also pay attention to long-term trends like birth rates and immigration, and what they mean for housing stock.”