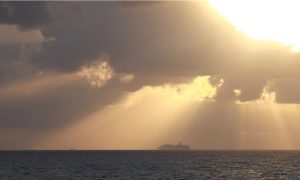 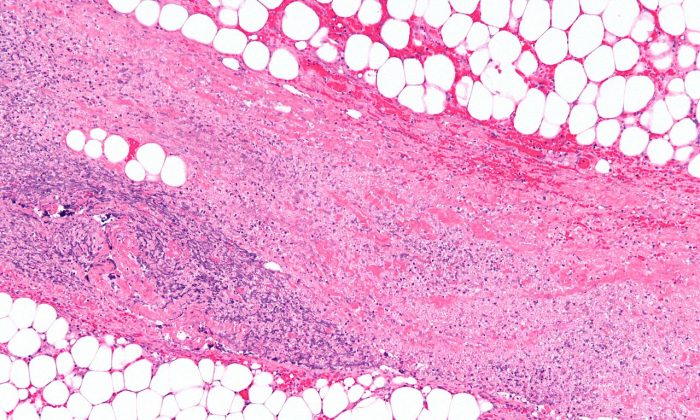 A 50-year-old Florida man has had about 25 percent of his skin removed after being stricken with potentially deadly flesh-eating bacteria.

The man has undergone three operations, which removed about 25 percent of his skin, and is scheduled for one more after contracting flesh-eating bacteria, his wife said.

The wife of Orlando resident David Ireland told Fox News that on Aug. 16 her husband started showing signs of flu, including aches and a fever.

Jody Ireland added that five days later, when her husband’s condition took a turn for the worse, she took him to the hospital.

His kidneys have since failed and doctors have had to remove more than 25 percent of his skin.

“I’m a mess. I’m trying to be strong for my kids. I miss him. I want my husband back,” she told Fox News, adding that her husband “is not responsive at all.”

Daniel Ireland, the hospitalized man’s brother, said in a statement that he had been diagnosed with “necrotizing fasciitis,” adding that David Ireland is now in the intensive care unit at Florida Hospital, in critical condition.

“He has had three surgeries to remove over 25 percent of the skin on his body,” Daniel Ireland said, adding that there are encouraging indications his brother may pull through.

“His blood pressure and acid numbers from his liver are starting to level off, showing a hopeful sign of recovery,” he said.

Daniel Ireland set up a GoFundMe page to “cover his hospital bills, living expenses for his wife, Jody Ireland, and their two young girls, Ruth and Rebekah.”

His wife stated on Aug. 26: “David will need to have surgery to do a reversible colostomy to help prevent his bowel movements from entering his open wounds. They will also be checking for more infection and if so taking more skin off.”

According to the Centers for Disease Control and Prevention (CDC), necrotizing fasciitis, which is also known as flesh-eating disease, is a rare bacterial infection that in extreme cases can be fatal.

Jody Ireland told Fox News she was informed by medical staff that the bacteria entered her husband’s body through an open wound on his leg and “because he is diabetic, the bacteria turned into strep and started eating his flesh.”

She said doctors told him, “His hands and feet might have to be amputated, if he even survives.”

The case follows the story of a Virginia woman, who was diagnosed with a flesh-eating infection after visiting a local beach.

According to WTKR, Amanda Edwards and her friends visited Ocean View Beach in Norfolk last week, and the following day she had symptoms that made her suspect flesh-eating disease.

Edwards said doctors diagnosed her with a staph infection caused by flesh-eating bacteria. They drained the swollen area and prescribed antibiotics.

“I was just like, ‘Oh my goodness… my leg is gonna fall off.'” One local woman can now laugh at her potentially fatal health scare after she told News 3 reporter @BrianHillWTKR how she contracted a flesh-eating staph infection at a #Norfolk beach https://t.co/guiNU5Q3Qf pic.twitter.com/UJqcNxtDg0

She said doctors told her the bacteria probably entered her system through an open wound.

Various cases of flesh-eating bacteria have been reported in Florida in recent months.

“Necrotizing means causing the death of tissues,” according to the CDC, noting that the condition is rare.

One in 3 Cases Result in Death