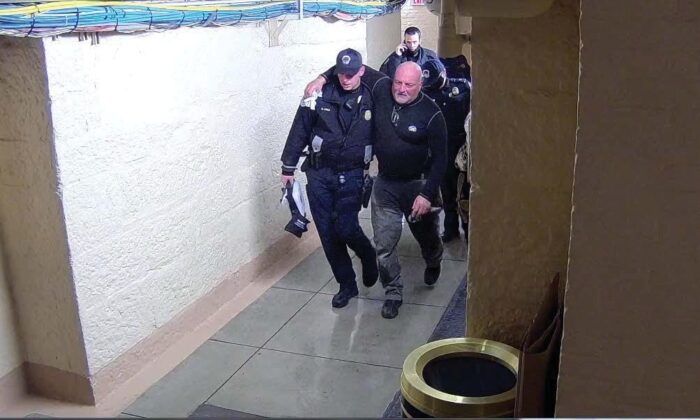 John Anderson is seen being helped by police officers after being pepper sprayed in Washington on Jan. 6, 2021. (FBI)
By Zachary Stieber