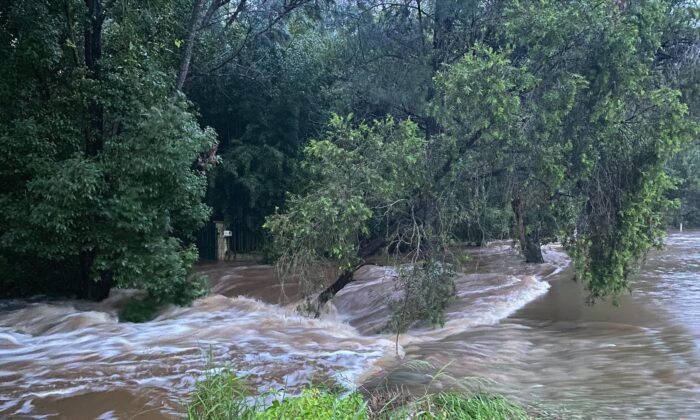 Floods Tipped to Peak in State Border Towns in Australia

Locals in the town of Goondiwindi in Queensland’s southwest are anxiously awaiting their biggest flood in a decade as waters threaten levee banks.

The Macintyre River is at major flood levels and has now reached 10.4 metres.

It is expected to peak at around this level late on Saturday morning, below the 2011 flood peak of 10.64 metres and also below the town’s 11 metre flood levee.

Mayor Lawrence Springborg said his staff were working around the clock to provide updates to locals.

“We have quite a good level of confidence that levee will again protect our town, and we’ve got council staff that ride that levee on a regular basis,” he told AAP.

No significant rainfall has been recorded since 9 a.m., but localised heavy falls forecast for the weekend could see the river rise further.

Springborg said if falls are not widespread the town should be safe.

“From our perspective, delayed rainfall is fine. It gives us time for our rivers to start to drop and build some more capacity,” he said.

“But of course we don’t have much freeboard at the moment because our rivers and streams are full.

“If it’s widespread heavy rainfall, that’s what can cause further issues.”

Residents have left their gates open for council to ride through on quad bikes and assess the levels of rising water along the river, with all of the town’s catchments at capacity.

On Friday, ten patients were airlifted from Goondiwindi Hospital, and Queensland Premier Annastacia Palaszczuk confirmed more than 70 aged care residents would be evacuated if the river level hit 10.6 metre.

At Boggabilla just over the New South Wales border, the Macintyre River has reached 12.39 metres with major flooding, but appears to have reached a peak.

The river is expected to remain above 12 metres throughout Saturday with floodwaters still flowing from upstream.

River levels are easing along the Dumaresq River and tributaries, and major flood levels at Bengalla in NSW are slowly receding.

At Texas, the Dumaresq has reached 5.53 metres, below the minor flood level, and is falling.

The Weir River is peaking at major flood levels between Ballymena and Giddi Giddi South.

Downstream, the river is rising with moderate to major flooding between Surrey and Mascot.

River and a warning is also in place for the Macintyre Brook.