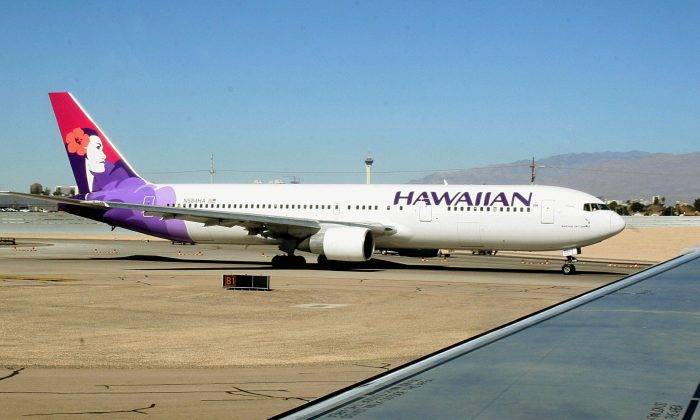 A Hawaiian Airlines jet taxies out to the runway at Phoenix Sky Harbor International Airport in Phoenix, Ariz., in this file photo from Feb. 14, 2006. (Karen Bleier/AFP/Getty Images)
US News

Flight attendants who had a feeling that something was amiss saved three girls from a suspected human trafficker.

Hirata sensed something was wrong and went over to the group to ask them a few questions.

The answers didn’t quash his unease and he enlisted his fellow flight attendants to find out more about the group.

The attendants soon discovered one girl was underage and that all three were listed under the same name on their passenger documents, reported KITV.

When the flight landed in Hawaii, local sheriff deputies stopped the group and questioned them. Deputies quickly labeled the situation a human trafficking situation and brought in the FBI to handle the case.

“Trust your gut and prior experience [and] report the situation without alarming or confronting the passengers in a suspicious manner,” Hirata said.