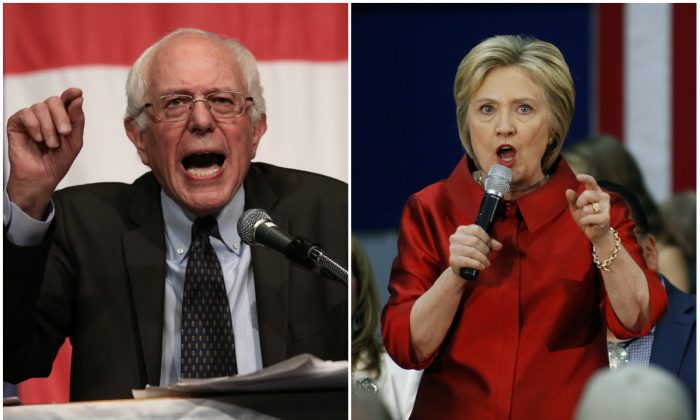 Hillary Clinton and Bernie Sanders are setting their sights on the upcoming New York Democratic Primary on April 19. Clinton has the home field advantage, as she was a Senator in the state for years before becoming Secretary of State in the Obama administration.

But Sanders, who grew up in New York before moving to Vermont, has been playing up his Brooklyn roots to appeal to New Yorkers.

This primary is a litmus test to see if Clinton can maintain her delegate lead or if Sanders can transfer momentum from recent wins in the West to the East coast stronghold. Here are five factors to consider leading up to the primary:

Hillary Clinton has dominated the majority of primaries in this election cycle. So far she has won 16 out of a total 22 primaries, and has been doing particularly well in closed primaries.

New York is a closed primary.

Closed elections only allow registered democrats to vote in the primary, and that generally hurts Sanders, who draws support from independents, who in this case, will be barred from voting.

This is different than an open primaries, which allow Republicans and Independents to vote across party lines—a factor that favors the Vermont Senator.

Sanders has done better in caucuses, but there aren’t many more of those for Sanders to win.

The Clinton headquarters has been in Brooklyn Heights since the beginning of her campaign, but Sanders set up his own Brooklyn campaign headquarters in Gowanas on March 26.

The headquarters hosted a block party to celebrate the opening.

Pay $350K to Sit Next to the Clooneys and Hillary Clinton

Sanders continues to outspend Clinton 2 to 1 in advertisements in New York—as they’ve done in the last few primaries—and the latest figures are that Sanders spent almost $7 million to $3.7 million by the Clinton campaign.

Despite the enthusiasm, Clinton maintains a double-digit lead in the polls, with RealClearPolitics showing an 11 point margin just hours before the polls close.

Sanders’s argument is that he’s got momentum on his side. He has won 7 of the last 8 primaries and caucuses in Wyoming, Wisconsin, Idaho, Utah, Alaska, Washington, and Hawaii with wide margins.

All those states, however, have left barely a dent in Clinton’s lead gained from the delegate-rich states in the south—she’s still in the lead by about 200 delegates.

The difficulty for Sanders in translating the momentum of the previous 7 caucus and primary wins is that New York doesn’t resemble any of those states demographically.

Clinton is looking to offset potential losses in very-liberal lower Manhattan—which includes a couple major colleges like NYU—by winning in the Bronx and farther out in Long Island.

Politico gave the best chance for a Sanders upset with him running up numbers in Ithaca and other college towns, along with the North Country that neighbors Vermont.

“If Sanders is going to pull off a remarkable upset on Tuesday, he’ll need to run up large margins in Ithaca—the closest New York has to a true college town. Home to both Cornell University and Ithaca College, Tompkins County has bucked the statewide trend in a number of recent Democratic primaries.”

New York has 247 delegates to be allocated on April 19. Winning a majority of the delegates for Sanders would be an upset victory for the Vermont Senator, considering it’s one of Clinton’s home states.

In order to properly catch Clinton, Sanders he would have to beat her by a sizable margin. According to this projection, Sanders needs to split the delegates 125-122 in his favor to be on track for winning the nomination.

Clinton winning the majority of the delegates would solidify her lead as the frontrunner and she could continue to prepare for a general election campaign against the leader of the Republican primaries, Donald Trump.