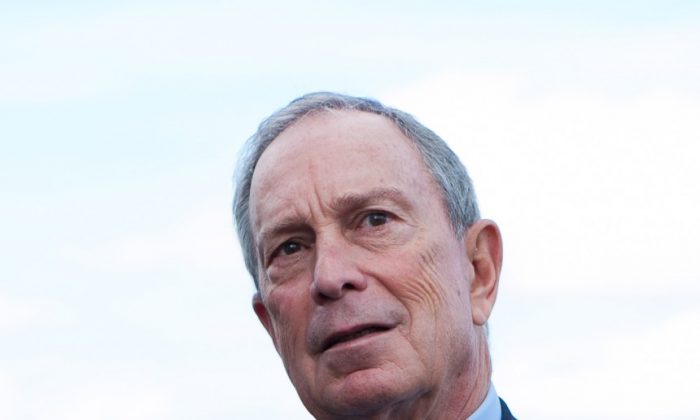 A report by the Independent Budget Office (IBO) suggests that the budget gap leaves a lot of gaps and uncertainty for the upcoming year. IBO’s report suggests the modest-looking budget gap “is not quite as good as it looks,” said IBO Director Ronnie Lowenstein said.

And unlike in past years, the city cannot rely on the money it has saved to augment its $72 billion budget. This suggests an uncertain fiscal future for New York City. Cuts to city programs to pay for the current shortfall would already impact after-school, child care, and library hours of operation if instituted.

Nearly every union in the city is working without a contract. Many have been without contracts for several years, and little money has been set aside in the mayor’s budget to fund pending contract settlements. The mayor’s assertion that wage increases will be paid for through increased productivity is “impractical” according to the IBO report.

The IBO report estimated if municipal union members settled for a 2.0 percent compounded annual raise and educators secured a 4.0 percent raise, it would cost the city $3.8 billion through June 2013. If the raise was 4.0 percent across the board, the cost would jump to $5.4 billion.

In years past the city could have overcome the shortfall by dipping into its reserve funds, however that reserve fund has been used.

“The dollars there are immense and there will be a great deal of pressure on the next administration and the next Council to do something about that,” Lowenstein said.

According to the IBO report, the financial plan submitted by the mayor’s budget office assumes that all recovery costs for Superstorm Sandy will be shouldered by others, and this is not a given. The federal disaster aid package, which promises to pay for a significant portion of those costs has yet to be approved by a reluctant Congress.

Further, the full economic impact from Sandy is still unknown, particularly as the mayor submitted his budget only two weeks after the storm. A slower than expected recovery could decrease sales tax revenue from businesses, as well as property taxes, both of which are major sources of funds for the city.

The United Federation of Teachers still has not reached an agreement with the city on its Annual Performance Review. Without an agreement by Jan.17, 2013, the city will lose out on $250 million in funding from the state.

Contract negotiations have been unsuccessful since a revised plan was announced in February.

The mayor’s office has included suggestions on how to close the existing budget gap, but some of these are controversial and will impact city services.

One proposal suggests cutting the Out-of-School Time program in fiscal year 2014, saving the city $10 million. The move would decrease the number of after-school slots by 3,600. In June City Council restored $50.7 million in funding to this program, but only through the end of this fiscal year. Once that funding ends, coupled with the new proposed cuts, the after-school program would serve 33,000 fewer children.

The libraries also face cuts. In June, the City Council restored $89.5 million in funding, which will expire in June of 2013. The mayor’s fiscal plan proposes $16.7 million in new cuts, likely leaving the libraries with little choice but to reduce the number of hours and days of operation.

The mayor’s fiscal plan also proposes measures that will not affect city services, such as borrowing at lower interest rates, saving money by shipping less waste, and using state and federal monies to fund preventative maintenance of ferries and bridge inspections.

There are many uncertainties in New York City, but perhaps one of the biggest of all lies outside the five boroughs in Washington, D.C. Both the IBO and the mayor’s budget office assumed Congress and the president would come to an agreement and avoid a fiscal debacle.