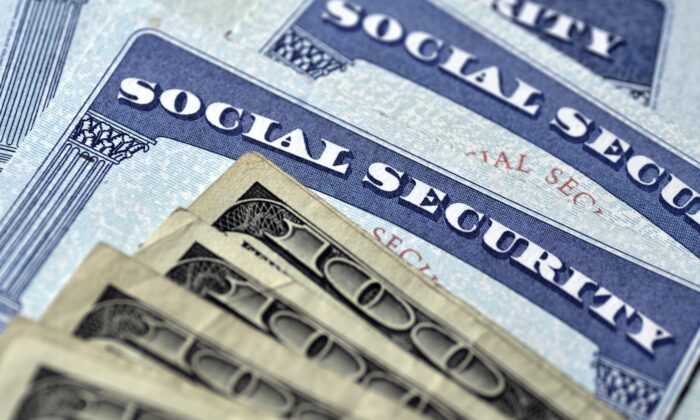 1st Half of Potential $1,600 Direct Payment to Be Sent in Just 2 Weeks

Millions of Supplementary Security Income (SSI) recipients will get two payments in September due to timing.

The first SSI payment totaling as much as $841 will be sent out starting on Sept. 1, while the second will arrive by the end of that month, according to the Social Security Administration.

The payment is due to a technicality as some months start on a Sunday. Three months in 2022 gave or will give SSI recipients a payment twice a month, including April, September, and December.

But it does not mean that a person will receive more months, according to a schedule posted by the agency (pdf). The Social Security payment sent out on Sept. 30 will replace the one for Oct. 1—similar to the one that was sent out on April 30, which replaced the May 1 payment.

Starting in 2023, Social Security payments will likely see an increase due to rising inflation rates, according to some groups. However, those people could actually earn less because the payments would bump them into a higher tax bracket, meaning they’ll pay more in taxes.

Last month, Mary Johnson, a policy analyst at the Senior Citizens League, told Fox News that Social Security recipients should see a 10.5 percent increase in payments starting next year, raising fixed income by $175.10 from $1,668 per month. The increase could put some seniors in a higher tax bracket, giving them less money than before, Johnson said.

“There can be some very long-term effects to high inflation COLAs,” Johnson said, referring to cost-of-living adjustments. “It’s like a no-win situation.”

“These are income-based programs,” she said. “Most, if not all of them, are easily administered through the states. If we’re forecasting a COLA that’s close to 9 or 10 percent, yes of course that’s going to affect, not only your eligibility for low-income benefits, it’s going to for everyone else, for people who don’t get benefits.”