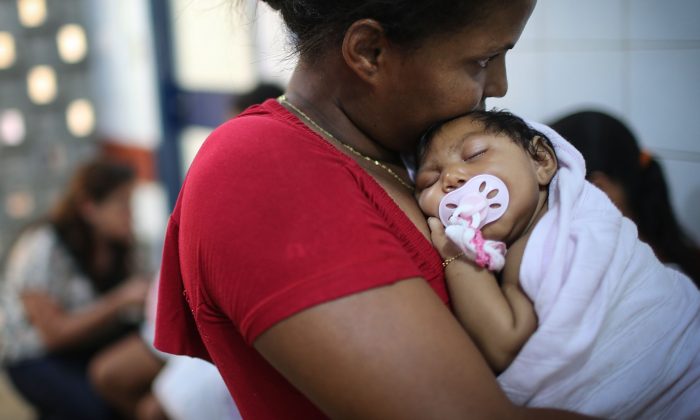 The Zika virus, a disease suspected of causing birth defects which spread across much of Latin America in 2015, has now reached the United States.

A young girl who traveled from Los Angeles County to El Salvador was infected with the mosquito-transmitted disease, according to the local department of public health.

The girl has now recovered, but it’s not the adults infected with the disease who are especially at risk—it’s the unborn. The Zika virus is linked to microcephaly, a birth defect where the infant is born with an abnormally small brain. The majority of children born with the disease suffer from mental retardation, according to the Cleveland Clinic.

The number of infants born with the defect jumped up by a factor of 20 in Brazil after the Zika virus swept across Brazil in 2015, and a number of countries have advised that women to not get pregnant for a few months, or in the case of El Salvador, a few years.

Although transmission has yet to occur in the United States, it remains a possibility.

“Aedes mosquitos, the species of mosquito that can transmit Zika, are present in the San Gabriel Valley and in the Eastern part of the county,” the L.A. County Department of Public Health said in a statement. “At this time, local transmission is unlikely. It would require an Aedes mosquito biting a Zika infected person and then biting others.”

The Zika virus was first discovered in Africa in 1947, and spread to Latin America in 2015. It has now spread to 22 countries, including Bolivia, Brazil, Colombia, Mexico, Puerto Rico and Venezuela.