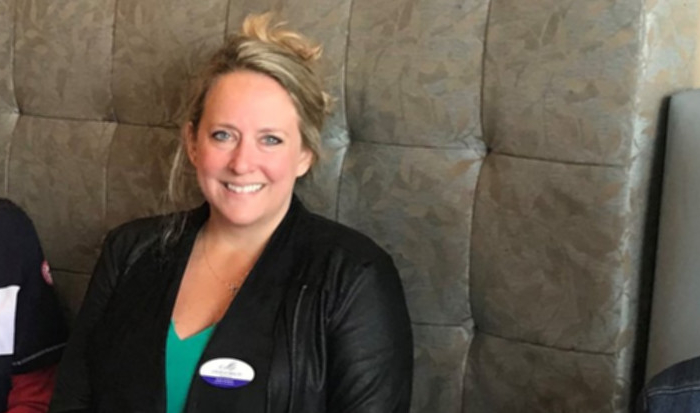 Fired Health Care Worker Moves Forward, Looks Back on What Was Lost at the Hand of Restrictive COVID-19 Policies

As residents of nursing homes were cut off from their families, Kayla Montoro worked throughout the pandemic to keep at bay what had become its own pandemic of loneliness by coordinating events and volunteers to engage isolated seniors.

Despite that, amid a crisis of staffing shortages in the health care industry that has resulted in a debilitating reduction in care for the elderly, Montoro was terminated from her hospice company in New Jersey in February for not being vaccinated, despite her supervisor previously giving her a positive annual review.

But it’s not like she didn’t see the writing on the wall.

“The first time I felt uncomfortable was in January 2021 when the director of compliance asked people individually on a Zoom meeting what their vaccination status was,” Montoro told The Epoch Times. “She said that every vaccination was experimental when it first came out, and she urged everyone to get vaccinated, even though the injection had been out for a few weeks.”

Later, in August, there were vaccine incentives, she said, which gave a $250 bonus for clinical and $100 for non-clinical personnel.

By signing the agreement, an employee agreed to remain fully vaccinated for up to 12 months from the last shot acquired, she said, and those vaccinated would receive “priority selection for certain assignments.”

If employees didn’t maintain their status as fully vaccinated by staying up to date with boosters, they had to repay their bonus incentive.

Excommunication of the Unvaccinated

“After experiencing months of coercion and a world of being excommunicated and segregated for being unvaccinated, this was truly something that disappointed me,” Montoro said. “I felt segregated and discriminated against for not getting an experimental medical procedure at my own job, a place that’s supposed to be compassionate and understanding of personal health decisions.”

Suddenly, she said, people felt it acceptable to ask each other what their vaccination status was in the presence of coworkers.

“The environment began to feel unwelcoming for an unvaccinated person,” she said.

In November 2021, President Joe Biden issued an executive order mandating staff at health care facilities that receive federal Centers for Medicare and Medicaid Services funding to take one of the COVID-19 vaccines by Feb. 14, 2022.

The vaccine mandate has withstood court challenges, and it doesn’t allow for the option to submit to weekly testing that was permitted in the mandate for businesses employing 100 or more workers, which was later blocked by the Supreme Court.

During her employment with the company, Montoro worked primarily from home.

“Vaccinated workers weren’t required to be tested, although they were still getting sick from the virus,” Montoro said.

For that reason, and because Montoro worked from home, she said she didn’t think it was fair to submit to testing.

Montoro presented the company with a list of concerns she had about the vaccine and testing methods that went unaddressed, she said.

“They didn’t have any answers to them other than that they had to do this, which didn’t satisfy me,” Montoro said. “So, I continued to decline until they could come up with a valid reason.”

Ignoring her concerns, she got her first written warning on the day before Christmas, followed by another a week later when she was put on administrative leave.

‘We Deserve a Choice’

The company classified her termination as a “voluntary resignation,” but without the benefits, earned vacation, and unemployment assistance that comes with the designation.

“I never heard the phrase ‘voluntary resignation’ until after I was terminated,” she said.

While unemployed, Montoro has networked with others with the same experience and has begun putting together a podcast to provide a platform for those terminated to share their story “and also to give people the strength to take a stand.”

When talking with coworkers and others, she found that many of them felt as she did, but were scared to speak up.

The Absence of Human Connection

In addition to the podcast, she’s working on a master of science in Clinical Herbal Medicine at the Maryland University of Integrative Health, a decision inspired, she said, by her witnessing the rock-bottom consequences of allopathic medicine’s rejection of all other levels of care for one-size-fits-all lockdown, isolation, and vaccination strategies that left the most vulnerable of the population, such as senior citizens, cut off from human connection.

“Even with all of the restrictions, many of our patients got COVID anyway,” Montoro said. “We were restricting family members from entering the building. That is something I would have never taken off the table. It was terrible.”

The absence of human connection diminished the patients emotionally, physically, and spiritually, she said.

“That’s a key factor to the health of every person in this world, and I think that’s something we need to start building back up in people,” she said.

She heard repeatedly the statement, “We’re just doing what’s best for the patients;” however, in looking back, she said she believes the company was only doing what was best for it regarding compliance, policy, and to maintain funding.

“A virus is hard to contain,” she said. “I think people really need to wake up and see what we’ve lost over the past two years compared to what we’ve actually gained.”