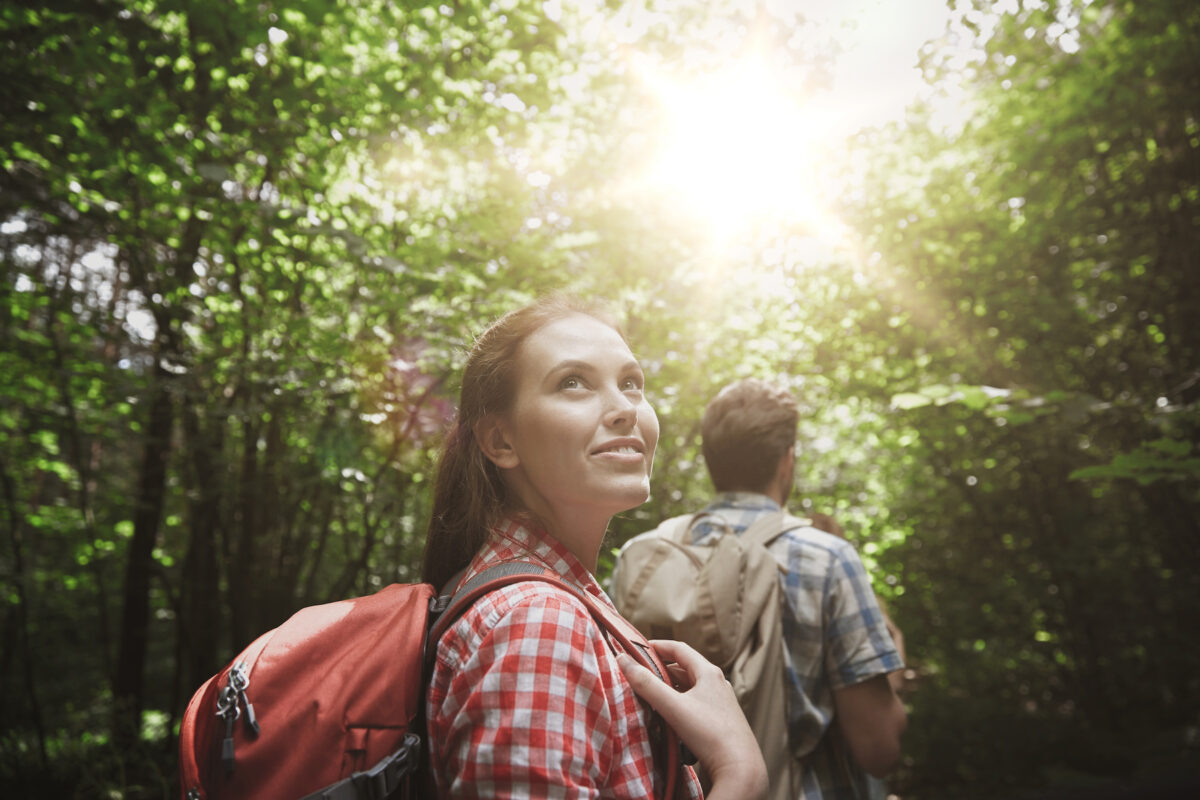 Nature has a way of soothing the soul. (Syda Productions/Shutterstock)
Bright

There’s a strange parallel in recently returning to a book from the past, Barbara Tuchman’s “A Distant Mirror: The Calamitous 14th Century,” and watching the media cover the Russian invasion of Ukraine. The fear of violence and the chaos of uncertainty in that faraway century are just as present in our culture as they were some 700 years ago.

Tuchman’s book, published in 1978, illustrates a picture of the 14th century that reads perilously similar to some aspects of life today. But a question that arises: How can we find peace or solitude in our current calamitous era?

After allowing the thought of the impact of war to overpower me with uncertainty, I left my house in search of a haven. The closest place was an outdoor pavilion, set aside in our neighborhood for small family or social gatherings. Seven tables defined the rectangle structure and fortunately no one else was there. A breeze wafted through its pillars, and the occasional squirrel ran along the ledges.

My initial response to the heartbreaking news of war was to pray. But was there something else I could do to relieve my inner anxiety? The first step was to go outside. Finding a place where one can hear the calls of a bird or the tumble of water in a fountain or stream opens our senses to calmness. Hearing the happy chatter of children playing in the distance or nearby can inspire hope and a peaceful release.

As I sat in the shelter and watched folks strolling by with their dogs or walking leisurely in the afternoon warmth, I was reminded to be grateful for my family, friends, food, clothing, and shelter.

Years ago, my husband and I were distressed by the cries of our newborn. My husband took the baby outside and walked up and down the sidewalk for a few moments. Ultimately we put the baby into his car seat, drove a few blocks, returned home, and put him to bed. The calming effect of a change of scenery helped our little one and also allowed us to breathe more easily as our anxiety evaporated. I’m sure this experience isn’t uniquely ours.

The point is that by going outside, we can clear our minds and redirect our focus. It allows us to unfurrow our brows, relax our shoulders, and exhale. We’re often so far removed from nature that we have to remind ourselves as though it’s a brilliant idea: “Oh, I’m going for a walk.” We stay glued to the television, bingeing on series, news, and sports, wondering why we feel nothing but a dullness of thought and creativity.

We’ve all seen this magic of being outside work on cranky children. Initiating a move to get the children outside for a short while to play hopscotch or do chalk drawings alleviates not only the children’s stress, but our own as well. Playing hide and seek or having a treasure hunt creates excitement on even the most mundane afternoon.

As I returned home from the pavilion, I saw the neighborhood flock of geese wending their way across the road. While they may have had some order to their movement, it was difficult to decipher. They didn’t hurry, and they collectively forced a car to inch along the road to avoid smashing any of them. If only we could incorporate some of that calm instead of moving through our lives at breakneck speed.

There are some folks in our neighborhood who believe the geese have no right to coexist with us. They insist the geese intentionally use the sidewalks for their droppings and that this is a health hazard. I find the presence of the geese comforting in a neighborhood nearly devoid of creatures who can fend for themselves in spite of condominiums and closely linked driveways. Never once have I seen harm perpetrated by these creatures—a statement that surely can’t be made about humankind.

I tried to focus on observing the geese while tuning out the nearby interstate noise that has come to resemble a NASCAR race. With the increase in population and traffic, it’s more difficult than ever to find places where there’s no sound of engines. It can be described as white noise, but it isn’t comforting. Now, I’m certainly not disparaging the joy and excitement many feel with cars zooming around a track, but there’s also the time for the sounds and the very air of nature to heal the human spirit.

Who better to describe the necessity of being outdoors than Henry David Thoreau? Yet in Walden, he wrote, “I left the woods for as good a reason as I went there. Perhaps it seemed to me that I had several more lives to live, and could not spare any more time for that one.”

Yes, we can’t stay outside; we can’t stay in solitude. Our time of solitude is unlikely to match that of Thoreau’s, but we can enable our loved ones to steady themselves by initiating a step outside, even if for only half an hour.

We can then return to our calamitous world a bit more peaceful, with an inner calmness to cope with all that would tear us apart.

Penelope Burr
Follow
Penelope Burr resides with her husband in Jacksonville, Florida. A lifelong seeker, she finds fulfillment through church, family, friends, and tennis.
SHARE
Friends Read FreeCopyFacebookTweet
You May Also Like