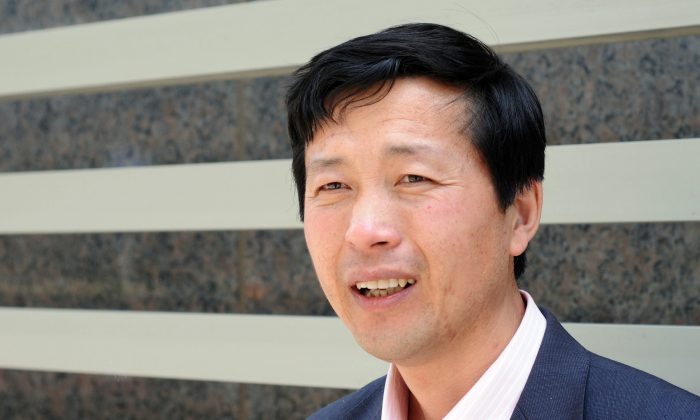 From the frigid northern plains of Heilongjiang, to the far-flung west of Tibet, and all across China’s heartland, the Chinese Communist Party is reinvigorating a campaign to forcibly transform the thoughts of millions of practitioners of a traditional spiritual discipline.

Every corner of society is to be folded into the movement, according to dozens of Party directives posted on government and Party websites. Even places of education and healing, like the Jiangmen Middle School and the Beijing Friendship Hospital, are expected to take part.

“Enter villages. Enter households. Enter schools. Enter government organs. Enter businesses. Enter the Party cells in the migrant population,” says one notice on the website of a township in the city of Chongqing. “Carrying out the ‘2013 to 2015 Final Battle on Education and Transformation’ is the scientific decision made by the Party Central based on the current struggle,” explains another notice.

Falun Gong (also known as Falun Dafa), the Chinese spiritual practice being targeted, has been persecuted in China since 1999. Jiang Zemin, the Party leader at the time, launched the campaign, and until late 2012 he or his protégés ensured its continuation. Now, this “Final Battle” from 2013 to 2015, is the first time that a nationwide mobilization against Falun Gong has been launched under the rule of Party chief Xi Jinping.

Key members of the security services, who had served the political wishes of former Party leader Jiang Zemin, have been removed this year. Given that the persecution of Falun Gong was personally pushed forward and led by Jiang, it was thought that after his protégés no longer held power, the persecution would by-and-by subside.

Incomplete statistics produced by Minghui.org, a Falun Gong website, do indicate a diminishment in instances of arrests, imprisonment, and torture. And the labor camp system, which had for over a decade handled large numbers of Falun Gong detainees, has in some areas of China quietly been retired this year.

But the new campaign indicates that short of an explicit decision to stop the persecution by the Politburo Standing Committee, the Party’s top leadership organ, it will simply continue being given energy, according to Yiyang Xia, the senior director of Research and Policy on China, with the Human Rights Law Foundation based in Washington, D.C.

“Apart from the Cultural Revolution, which almost destroyed the Party, basically no political movement like this has been overturned,” he said.

The Communist Party’s budget for domestic security was over $120 billion this year, according to official figures.

The officials carrying out the campaign against Falun Gong tap into this budget. “There are several hundred thousand security officials whose livelihoods and benefits come from this persecution, so they are eager to have new campaigns,” said Yiyang Xia.

He added that with 14 years having passed since the beginning of the persecution, a large group of beneficiaries in the Party has formed, which actively push it forward, because they gain power and wealth by doing so.

Liang Xiaojun, a human rights lawyer in China who has taken Falun Gong cases, said there are three reasons the campaign is continuing: The first is momentum: “There has been an ongoing persecution, and no one said anything to stop it. Second, as a totalitarian state, the Party needs to create enemies. The third is profit: People who work on persecuting Falun Gong gain financial profit from it.”

Falun Gong is a spiritual practice based on the principles of truthfulness, compassion, and tolerance. It has five slow-motion exercises. At its peak in the late 1990s, there were, according to official figures, over 70 million people practicing it, more than were members of the Communist Party. Practitioners say more than 100 million had taken up the practice.

The chief method that Chinese police and security forces will use to carry out the campaign is called “legal education,” or in the vernacular, brainwashing.

It involves detaining and isolating Falun Gong adherents, and then forcing them to read or watch Communist Party propaganda against the practice. This supplements sleep deprivation and physical torture, sometimes of an extreme kind—shocks with electric batons, stress positions, and burning are often reported.

Corinna-Barbara Francis, a China researcher at Amnesty International, noted that labor camps were the chief instruments for carrying out the last transformation campaign against Falun Gong, running from 2010 to 2012. With the decommissioning of some labor camps, “my assumption is that they’re going to send them to these study classes,” she said, referring to the brainwashing facilities set up on a largely ad hoc basis by local Party authorities.

Duihua, a human rights group based in San Francisco that researches China, said that these facilities are even less legally codified than labor camps, and operate outside any set of official laws.

The Final Battle is an official campaign ordered by the General Office of the Chinese Communist Party, likely based on a document prepared by the 610 Office, an extralegal Party organ tasked with stamping out Falun Gong, according to Yiyang Xia, who has studied the operations of the Party’s security campaigns.

But despite it being an official campaign, the entire operation is in fact illegal according to Chinese law, say lawyers.

“Such a document is evidence of suppressing human rights,” said Liang Xiaojun, the lawyer. “Government officials who have learnt a little law should know that it’s illegal to give such orders. People have freedom of religion and freedom of speech” according to the constitution, he said.

Tang Jitian, a rights lawyer, said, “There is absolutely no question that this has no legal basis.” Properly understood, the activities of the security forces should be classed as “forced disappearances, kidnapping,” Tang said.

Analysts familiar with the operations of the Communist Party say that the directives found all over the Internet on local government websites should not have been there in the first place.

“I’m not involved in the operations. I just take care of Web information,” said a website administrator in Jinhe Town, Shaanxi Province, reached by telephone. “The document is ordered level after level from the central authorities. The State Council promotes open information, so, any government information that’s not marked secret is all published on the website.”

Yiyang Xia notes that no provincial level governments put the information on their websites—only very low-level government offices, who don’t understand the rules properly, do so, he said.

Nevertheless, those implementing the campaign are told they have to do a good job. “There are strict evaluations of the … [anti-Falun Gong] campaign every year,” says a notice in Yunyang County, Chongqing. “If any community doesn’t actively organize … [anti-Falun Gong] activities and can’t finish the education and transformation of students, the authorities will seriously seek out the persons in charge.”

Tao Decai, the leader of the anti-Falun Gong activities at the Zhongshan Middle School, in Xuzhou, Jiangsu Province, was reached by telephone and asked how the campaign was going.

“We’ve sent out surveys to students to take home,” he said, meaning that students had to check whether anyone in their families practiced Falun Gong. Tao was not willing to answer further questions, and ended the call.

Like any nationwide mobilization embarked upon by a communist government, this one has a lot of quotas.

A notice from the Dunren Street neighborhood Communist Party office, in Chongqing, says: “Every year, over 20 percent of the stubborn targets must undergo education-study classes one time. Their recidivism rate must be less than 3 percent.”

Yunyang County said that over 90 percent of the neighborhoods there must have a 90 percent conversion rate.

Xintunzi Town in Jilin Province, in China’s north, sets a far more ambitious goal. “To convert all the unconverted Falun Gong adherents by the end of 2015. Continue propaganda that exposes and criticizes Falun Gong.”

The earnestness of the Party’s attempt to psychologically transform a large group of peaceful individuals, coupled with the ongoing failure of the campaign to actually achieve its objective, has been a subject of puzzlement and sometimes amusement by observers.

Liang Xiaojun, the Chinese lawyer, said he thought the campaign was “very ridiculous.” “It’s impossible for the Party to achieve its goal to transform all Falun Gong practitioners,” he said.

“They’ve been trying so hard to make this group disappear, but after so much effort, the effect isn’t what they wanted, and now it’s become an international issue,” said Tang Jitian, another rights lawyer in China. “They tried it and failed, and now they have a sense of crisis.”

He added: “Their requirements are high, and they want the work to be done enthusiastically and energetically, so there are some comical aspects to it. But using violence to change people’s thoughts and ideas, in reality it doesn’t really work.”