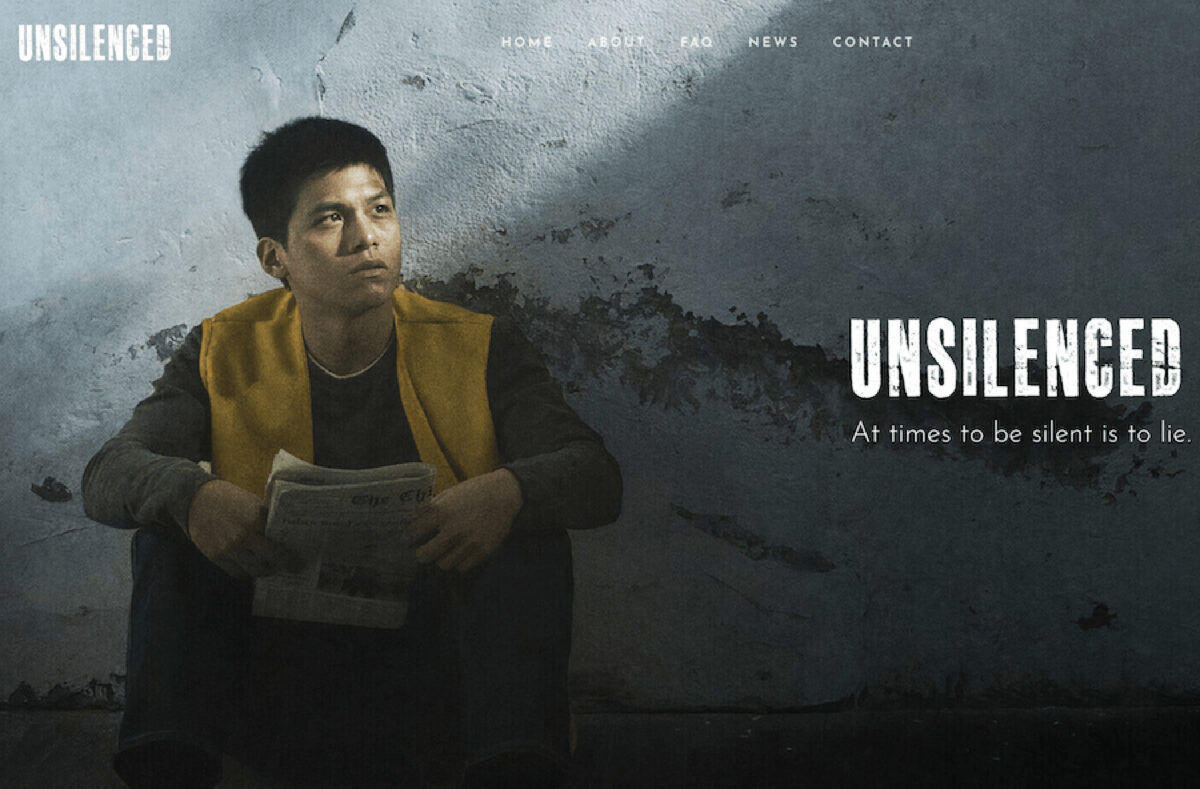 Poster for a film revealing the beginning of the persecution of Falun Gong in China. (Flying Cloud Productions)
Film & TV

Falun Gong, also known as Falun Dafa, is an ancient, peaceful spiritual discipline from China that is practiced by a considerable number of people—not only the Chinese but also many other folk—worldwide. Falun Gong has graceful exercises and meditation for health, but unlike tai chi or other forms of qigong, it teaches people how to be kinder and to lead more virtuous lives.

Indeed, Falun Gong seeks to cultivate its practitioners’ hearts in accordance with its core tenets of truthfulness, compassion, and tolerance. Since the time of its humble introduction in the early 1990s by a man named Li Hongzhi, it has always been a peaceful movement and quickly experienced a meteoric rise in popularity.

Directed by human rights maverick Leon Lee (who also directed 2014’s “Human Harvest” about illegal organ harvesting), “Unsilenced” is a film that is based on the real-life events of two Chinese couples: Wang (Ting Wu) and Li (He Tao), and Jun (Shih Cheng-Hao) and Xia (Chen Ying-Yu).

The film begins in 1999. The couples are students at the prestigious Tsinghua University in Beijing. While Wang, Li, and Xia practice Falun Gong at a local park, Jun is resistant to joining them because of past run-ins that his family has had with the Chinese regime. In other words, he wants to stay out of trouble. But Wang believes that the regime is fine with Falun Gong, and his revelations of the practice’s numerous benefits convince Jun to join in.

As their group is practicing in the park, a limo carrying a couple of prominent Chinese Communist Party (CCP) members—Director Zhu (James Yi) and his boss, Secretary Yang (Tzu-Chiang Wang)—pulls up. The two believe that Falun Gong’s exploding popularity is a direct threat to the CCP since, as Yang later points out, more people joining Falun Gong equals fewer members for the Party.

Film recordings of people practicing Falun Gong in parks are shown at a meeting of the CCP’s higher-ups, which results in Yang’s being tasked to come down hard on the nascent spiritual practice. Although as stone-faced as a psychopath, Yang dives into his mission with glee. He utilizes the full powers of the state (mainly the police and prison system) and encourages snitching (Stasi-like citizens tattling on each other) to round up proponents of Falun Gong and imprison them.

A brilliant engineering student, Wang is one of Tsinghua University’s top students and a natural leader. When Wang, Li, Jun, and Xia show up at the next Falun Gong practice session, they discover that it’s been disrupted by the authorities. Wang suggests that they lodge complaints at the local government office.

After the students show up at the office and peacefully file their complaints, they conclude that the authorities merely made a mistake in their disrupting the Falun Gong sessions. But later, as they watch a news broadcast, they realize that they walked into a trap—the regime, through the mass media, describes the complaint filers as a violent mob who have threatened the authorities. From there, the infamous and formidable CCP propaganda machine kicks into high gear.

Meanwhile, Daniel Davis (Sam Trammell), an intrepid newspaper journalist stationed in China, catches wind of the regime’s sudden oppression of Falun Gong. Similar to Wang, he believes in seeking the truth (in his case through journalism) and begins to dig deeper into the matter. But as Daniel’s investigations begin to uncover possible regime corruption, his new assistant Min Xu (Anastasia Lin) expresses her concern for him. She tells him that some things aren’t worth risking one’s personal safety for.

As the CCP’s vigorous roundup of Falun Gong practitioners reaches a feverish pitch, its propaganda techniques reach levels of true absurdity, such as when they record convicts unassociated with Falun Gong posing as practitioners, in order to discredit it through media outlets. Through fear, intimidation, and media manipulation, things begin to look increasingly dire for Falun Gong.

Will both Daniel’s investigations and Wang and his friends’ faith in truth and justice (and of course Falun Gong) be enough to see them through all of the rampant corruption and political persecution?

One of the things that impressed me the most about this film is its pacing. Sometimes films that are based on real events can drag or be recounted in lackluster ways. Not so with “Unsilenced.” It plays like a Tom Clancy thriller and engages the viewer to constantly anticipate its next scenes. It also encourages the curious to launch their own investigations into the rampant persecution of Falun Gong in China.