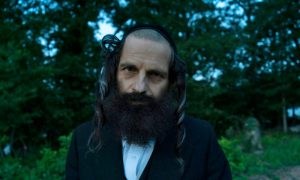 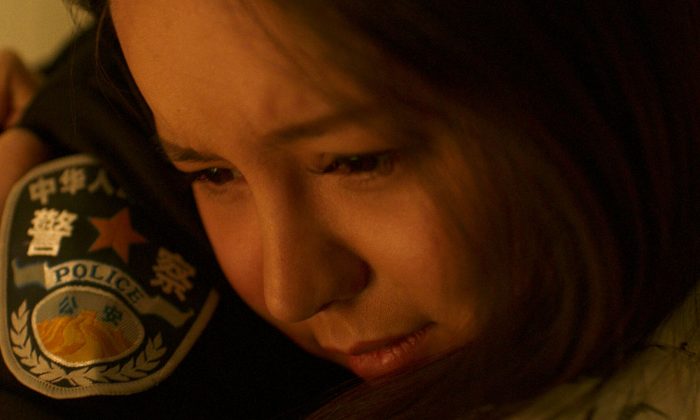 Film Review: ‘Reunion,’ a Story of a Quiet Love That Gets Torn Apart

It’s all very cloak-and-dagger. When police detective Chen is finally reunited with his childhood sweetheart, there is an undercurrent of secrecy, and it’s soon revealed that this is because she is on the verge of exposing a state secret he has been tasked to cover up.

The short film “Reunion” by Peabody Award-winning director Leon Lee is a quiet love story bookended by a dark secret.

It stars Anastasia Lin, the 2015 Miss World Canada who was refused entry into China for the Miss World pageant four years ago for being outspoken against human rights abuses in China.

“Reunion” deals with a story in the same vein. Chen (Jay Zhang) and his girlfriend, Yun, speak in hushed tones in empty rooms with low lights. It’s clear they’re being monitored by the Chinese communist regime.

The Flying Cloud film, though short, is based on real events and unravels to reveal a very real crime. That alone makes it worth seeing. But the story the filmmakers chose to tell, in order to reveal this massive injustice, is intimate and human, and it reminds us that this is real and that we should care.

A Focus on Human Rights

The popular and controversial human bodies exhibitions have been shown all around the world for over a dozen years. Through plastination, real human bodies are dissected, preserved, and put on display. There has been controversy as to whether it is ethical to show human bodies like this, and there is controversy regarding where these bodies come from in the first place.

The bodies in these shows have been donated by the Chinese regime, claiming that, at the time of death, there was no one to claim the bodies. They were first dissected in Chinese universities before being donated to exhibitions.

But there is good reason to believe that these are bodies of prisoners of conscience, which the Chinese regime had killed.

China has been the subject of multiple investigations and condemned by international governments over its human rights abuses, revealing, among other things, its massive-scale illegal organ trade. People persecuted by the Chinese Communist Party, notably practitioners of the spiritual meditation group Falun Gong, have been medically tested, matched, and then detained in order to be killed once a willing buyer could be found to pay for an organ transplant.

Chinese authorities have refused to explain whether the plastinated bodies come from the same sources, or provide evidence that these bodies were donated willingly.

As Lin’s character Yun discovers what has been happening on the surgery tables, she becomes resolved to get this information out of China and shine a light on the truth. But nothing goes unnoticed in this police state, and Chen’s superiors put pressure on him to silence Yun, threatening her life.

Eventually, Chen needs to make a choice, and we as viewers hope he has enough time left to make the right one.