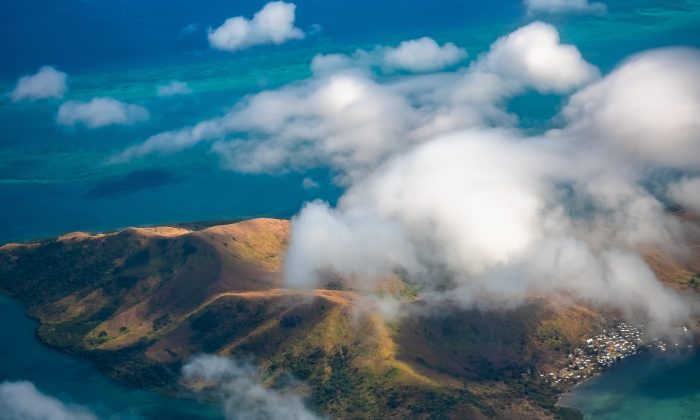 In a statement published on June 17, the ministry confirmed that a special prospecting license had been granted to Ding Jing to prospect Vuda in Lautoka—north west of the island—and the other license to prospect Rakiraki—to the north in Ra province.

“The Vuda and Rakiraki mineral prospects are both attractive and underexplored, which is an incentive in itself for Ding Jing Mining to progress historical exploration work that has been undertaken on both prospects,” according to the media statement.

“The Ding Jin group of companies has a diverse investment portfolio in Fiji and their latest venture is in mineral exploration and mineral development with the formation of Ding Jing Mining Pty Limited.”

Vuda, located about 10 kilometres from Lautoka in Fiji’s western region, was first explored prior to the World War II—intermittent mining activity took place between 1938 to 1954 where 22.6kg of gold and 5.5kg of silver was produced.

Rakiraki was first explored in the 1930s and continued to be actively explored from the 1980s until  2018 when the tenement holder surrendered its license.

“Ding Jing Mining Pty Limited, in acquiring the two special exploration licenses, is fully cognisant of the risk associated with mineral exploration and the commitment of risk capital which does not guarantee any returns at this stage until a viable or mineable mineral resource is discovered or determined,” he said.

In March 2021, more than 40 residents in Rakiraki village attended a public consultation meeting held by the island’s mineral resources ministry where they voiced concerns over the granting of the prospecting licence to Ding Jing, reported the Fiji Sun.

There, Noa Tuiloma, the ministry’s spokesperson revealed that no other companies had a mining licence to operate within the boundaries of Ra province.

Villagers were also reported to welcome the development but preferred a local company. At the same time, they were cognisant of the need for another source of economic development in the region after the closure of the Penang Sugar Mill.

“Ding Jing has only applied for prospecting which would involve geological mapping, soil sampling and surveys. Most of this is done above ground, if granted the licence,” said Raymond Mohammed, director of the ministry of mineral resources.

“If they then wish to go further, they have to apply for an exploration licence.”

“This then goes a bit deeper, but landowners need to understand nothing will be done without their permission. Environmental impact assessments and rehabilitation costs will have to be considered with their budget.”

Mohammed also said he received two letters from villagers in Ra objecting to the project.

“We have heard their views and reservations, but we cannot make a decision on biases as we do not discriminate when reviewing applications,” he said.

Chinese Mining in the Pacific

A trade data analysis by The Guardian revealed that in 2019, China was the recipient of over half the total tonnage of seafood, wood, and mineral exports from the Pacific region—worth $3.3 billion.

Shane Macleod, a research fellow at the Lowy Institute, said that China’s proximity to the region helped it become the dominant customer.

“They just have the appetite. They have the need for natural resources and they’re looking for sources and the Pacific is geographically close. It has the added benefit that the supply lines are shorter,” Macleod told The Guardian.

“So you can look at the Ramu nickel mine in Papua New Guinea (PNG). That is providing raw material for China in the region, directly, without having to be transported from the other side of the planet.”

Data from American Enterprise Institute showed more than US$2 billion was invested by Chinese companies in Pacific mining in the past two decades, including the controversial Porgera, Ramu Nickel, and Frieda River mines in PNG.

In 2020, the PNG government cancelled the mining lease of a part-Chinese owned Porgera gold mine in Enga, claiming that the country was not getting its fair share of its profits.