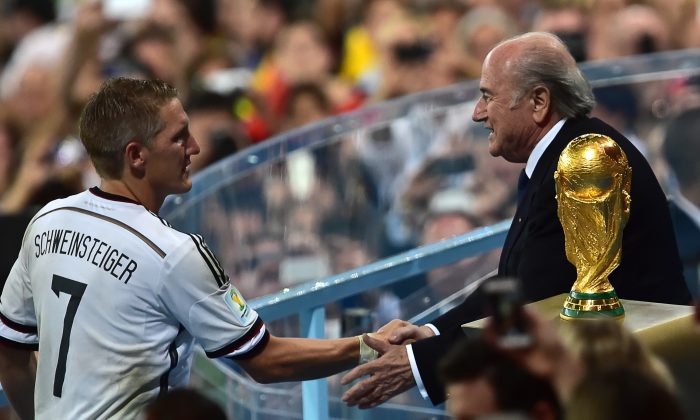 Currently, the dates are not out yet.

However, the Preliminary Draw date for the different zones of qualification is planned for 24 or 25 July 2015, and will be held in Saint Petersburg.

Here are the host cities for the 2018 World Cup, and their stadiums:

See an AP story on the Russia World Cup cities and venues below.

A Look at the Venues Hosting 2018 World Cup

A look at the cities and venues to be used for the 2018 World Cup in Russia.

Luzhniki hosted the 1980 Olympic Games and the 2008 Champions League final, and will hold the World Cup final in 2018. Work is well under way to gut the inside of the arena, of which only the imposing Soviet-era façade will be retained for 2018. The new capacity was originally set at 90,000, but that has dropped to 81,000 as a result of a decision not to completely demolish Luzhniki and build an all-new stadium. The Moscow city government, which is financing the project, estimates costs of around $640 million. Luzhniki is set for completion in May 2017.

The only one of the 2018 stadiums so far to be funded by a substantial amount of private money, this is the pet project of Spartak Moscow’s billionaire owner Leonid Fedun. Work on the 42,000-capacity stadium started in 2009 on the site of an abandoned airfield, and it will open Sept. 5 when Spartak takes on Torpedo Moscow in a league game. It will be named Otkritie Arena for sponsorship reasons. Construction was marred in 2012 by the death of a worker in a fall. It is one of the four host stadiums for the 2017 Confederations Cup.

The Zenit Arena in Russia’s second city will host a 2018 World Cup semifinal, as well as the final of the Confederations Cup. Under construction since 2006 and once intended to open in late 2008, delays and cost increases led to Prime Minister Dmitry Medvedev labeling the project “disgraceful.” Built on an island on St. Petersburg’s Baltic Sea coast, the 69,000-seat, $1.1 billion arena has been funded by the city government and state-owned gas company Gazprom, which owns the stadium’s future tenant, Zenit St. Petersburg. Officially due to open in 2016, although Russian state auditors have said a 2017 finish is possible.

The Kazan Arena opened last year to host the opening and closing ceremonies of the World University Games, but has stayed closed ever since. Sports Minister Vitaly Mutko has signaled local club Rubin Kazan may not be allowed to move in until after the arena holds next year’s world aquatics championships, which requires installing a temporary swimming pool in place of the pitch. The stadium, which cost around $400 million, is considered by the government as a model project for the other new World Cup arenas to follow. It is also a 2017 Confederations Cup venue.

Sochi’s Fisht Olympic Stadium became famous around the world in February when it held the grandiose opening and closing ceremonies of Russia’s first Winter Olympics. It will be closed until May 2016 as construction workers reconfigure the stadium and increase its capacity to just under 48,000 in time for the 2017 Confederations Cup. The stadium may be kept as an indoor arena, with the roof used at the Olympics retained, architect Damon Lavelle told The Associated Press.

Named after its location on the left bank of the Don river in southern Russia, the Levberdon Arena will have a capacity in the vicinity of 45,000. Construction work there has yet to get under way, although 650,000 cubic meters of sand were laid last year to provide a stable base for building the stadium. Sports Minister Vitaly Mutko has suggested final costs may be higher for the Rostov stadium due to its riverbank location. Local club FC Rostov will take over the stadium after 2018, leaving its Olimp-2 stadium, which dates back to 1930.

The smallest of the host cities, Saransk’s inclusion on the list for 2018 was a surprise. Its home region has little football tradition and is better known for producing Olympic racewalkers and as a site for prison camps. The brand-new stadium will hold 45,000 at the World Cup but will then be reduced in size after the tournament to provide a home for newly promoted Russian Premier League team Mordovia Saransk, whose average crowd was just over 3,000 last season.

Plans in the southern city of Volgograd, formerly known as Stalingrad, call for a full-scale revamp of the 1960s-era Central Stadium, including an increase in capacity from 32,000 to 45,000. Preparations for the World Cup took a hit when the local government revealed July 1 that a federal watchdog had ordered the city’s plans to be revised, citing inadequate transport and energy infrastructure for the stadium.

The westernmost of the 11 host cities, Kaliningrad is located in a slice of Russian territory on the Baltic Sea coast separated from the rest of the country. The all-new 45,000-seat arena is unofficially known as the Baltika stadium and in 2012 was even proposed by the mayor as a venue for a possible future Rugby World Cup bid by Russia. The company tasked with designing the stadium has said costs should not exceed $442 million following reports in local media that the stadium’s price tag could rise significantly.

While no World Cup games will be held in Siberia, Yekaterinburg in the Ural Mountains could still pose fans a formidable travel challenge – it is more than 1,400 kilometers (870 miles) from Moscow and almost 2,500 kilometers (1,500 miles) from fellow host city Kaliningrad. The city’s preparations have suffered delays amid political rivalry between the city’s independent mayor Evgeny Roizman and officials from the ruling national United Russia party. Roizman has tried and failed to change plans for a full-scale refit of the city’s Central Stadium, where construction work has yet to begin. The 1950s-era bowl currently holds 27,000, to be increased to around 45,000 for the World Cup.

Costs of between $350 million and $425 million are estimated for the 45,000-seat stadium in Nizhny Novgorod, which will be located on the bank of the Volga river. The city already has some of the infrastructure needed to host the tournament, including a high-speed rail line to Moscow, opened in 2010. Local officials raised eyebrows last year by setting a budget of around $8 billion for World Cup preparations, but plans for the city have since been scaled back.

When Russia won the right to host the World Cup in 2010, its bid presentation showed Samara’s stadium on an island in the Volga river. However, in 2012 new anti-flooding rules made the low-lying site too expensive and a new location near the city’s airport was chosen. The local authorities have set a cost limit of 15 billion rubles ($436 million) for the 45,000-seat stadium.