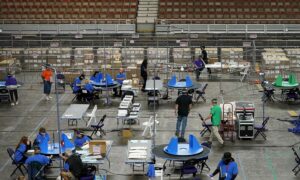 It is the first time in four years that the former Cuban dictator, 83, has been seen in public. In 2006 Castro fell ill and underwent surgery. Castro was at the CNIC, located in Havana, to celebrate the institution’s 45th anniversary.

Castro was seen in a white track suit in pictures posted on CubaDebate, a state-media website.

After falling ill, Castro transferred his position as leader of Cuba to his brother, Raul Castro. Fidel Castro still remains the First Secretary of the Communist Party.

Castro was elected again in 2008 as a member of Parliament, despite his declaration of retirement in 2006. In a letter at the time, he wrote that he would not assume greater position. "I will not aspire nor accept—I repeat I will not aspire or accept—the post of President of the Council of State and Commander in Chief," Fidel wrote.

The revolutionary leader still influences the media by posting opinion articles on CubaDebate. He has released a CD that records all articles he publishes on the website.