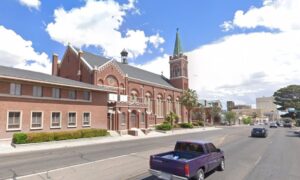 The Economic and Social Research Institute’s (ESRI’s) “Savings Index” indicates a reduction in our sentiments to save during the first quarter of 2010.

The Economic and Social Research Institute's (ESRI's) "Savings Index" indicates a reduction in our sentiments to save during the first quarter of 2010.

Nationwide UK (Ireland), has partnered with the ESRI to produce a monthly "Savings Index" for the Republic of Ireland, which consists of a number of different indices including an Overall Savings Index, an Importance of Saving Index, and a Savings Environment Index.
The first of these indices for the year to-date shows a 7 point decline in savings overall. The factors behind this decline according to the ESRI are “driven by a decrease in the number of people saving regularly from 44% in March to 41% in April,” while the increase in the number of non-savers from 23% to 26% has also had an impact.

The ESRI said: “Irish consumers have also expressed negative sentiment about the amount they are able to save at present due to the prevailing economic conditions.” This may be illustrated by the fact that the number of people surveyed who think that the current economic conditions represent a good time to save decreased from 34% in March to 31% in April.
Commenting on the first report, Mr Brendan Synnott, Managing Director of Nationwide UK (Ireland) said "It is important to put the index and this month's findings in context.”

Mr Synnott noted that the Savings Index is starting from a very high base. “In the past 18 months there has been an upsurge in positive sentiment toward savings, mainly due to uncertainty about other investment options,” said the Nationwide MD. He expected the index to respond to changes in the economic outlook and interest rates in the months ahead.

At present consumers were not doing what they thought was best practice when it comes to savings – many know it is a good idea to save but for one reason or another they are not putting money aside for that rainy day.

Nationwide UK (Ireland) are a relatively new direct savings provider to the Irish Market. According to Mr Synnott, this is one of the reasons for their backing of such an initiative. They are also interested in learning more about their customers saving habits. “We believe that it’s important to know what consumers think about savings, how important saving is today and whether government policy encourages saving,” said Mr Synnott.

"The value of the Savings Index will increase over time and we hope that it will become an important reference document on personal savings in Ireland,” concluded Mr Synnott.

The Nationwide UK (Ireland) Savings Index is produced from a minimum sample of 800 consumers over 15 years of age. The ESRI carries out the Savings Index research to ensure the indices represent a national sample.

Overall Savings Index: This is based on an average of the responses to questions on current perceptions of savings, the frequency of saving, saving in the current economic environment and government policy towards saving.
The Savings Index is managed by Dr David Duffy of the ESRI who is also responsible for the House Price Index, and the Consumer Sentiment Index for Ireland.