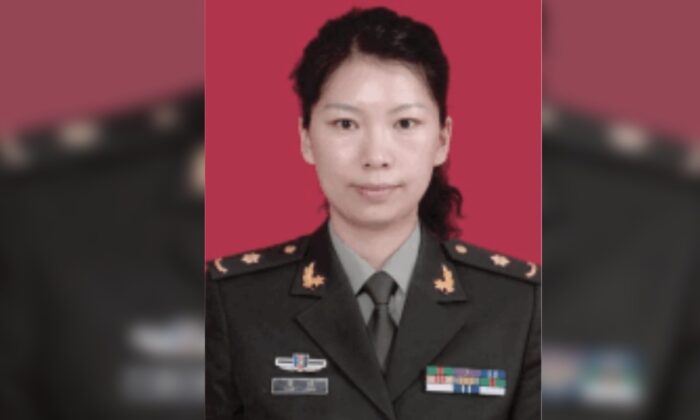 Tang Juan, a researcher at the UC–Davis, was arrested on July 23, 2020, for hiding her ties to the Chinese military in her visa application. (Court document)
Thinking About China

Federal prosecutors have dismissed the case against Chinese national Tang Juan, whose trial on visa fraud charges was to begin on July 26, the Sacramento Bee reports. Acting U.S. Attorney Phillip Talbert declined to comment and Assistant U.S. Attorney Heiko Coppola “gave no reason for seeking the dismissal,” which has little or nothing to do with criminal justice.

According to a federal criminal complaint filed on June 26, 2020, in the Eastern District of California, Tang applied on Oct. 28, 2019, for a nonimmigrant visa to conduct cancer research at the University of California at Davis. She answered “no” to the question “have you served in the military?” and denied affiliation with the Chinese Communist Party (CCP). Tang was issued a J-1 visa on Nov. 5, 2019, but that was premature, according to other evidence in the complaint.

According to a July 23, 2020, report in the Davis Enterprise, Tang told the FBI she was required to wear the uniform and was unaware of the insignia’s meaning. That claim was hardly credible and the FBI search found Tang wearing a different People’s Liberation Army uniform. FBI agents also learned that Tang had identified herself as a member of the CCP when she applied for benefits.

UC–Davis officials told the Enterprise that Tang came through an exchange program with Xijing Hospital, which includes “eight specialized medical centers of the Chinese People’s Liberation Army (PLA).” U.S. Attorneys Talbert and Coppola didn’t show any of that evidence to be false, and produced nothing to show that Tang had answered truthfully.

Talbert once taught professional responsibility as an adjunct professor at the UC–Davis King Hall School of Law. Talbert took over from McGregor Scott after the Biden administration fired 55 U.S. attorneys nominated by President Donald Trump.

The case of Tang, as the Bee reported, “is one of the dozens initiated by the Trump Administration through its ‘China Initiative’ in 2018 to prosecute alleged instances of trade secret theft and economic espionage by researchers who were accused of lying about their backgrounds to obtain access to American research institutions on behalf of the Chinese military.”

As Reuters reports, the dismissal “comes as U.S. Deputy Secretary of State Wendy Sherman is set to visit China” for a meeting with State Councilor and Foreign Minister Wang Yi and other officials. That visit “could help set the stage for further exchanges and a potential meeting between President Joe Biden and Chinese leader Xi Jinping later this year.”

How soon Tang returns to China remains unclear, but other realities don’t stand in doubt. The United States gains little or nothing from the exchange programs with China. Tang’s visa, like those of other Chinese researchers associated with the PLA and CCP, never should have been granted in the first place. Her case should have been prosecuted as espionage.

According to July 20, 2020, court documents that cite Tang, Xin Wang, and other Chinese nationals, the cases are “part of a program conducted by the People’s Liberation Army—and specifically, FMMU or associated institutions—to send military scientists to the United States on false pretenses with false covers or false statements about their true employment.” Evidence exists of “copying or stealing information from American institutions at the direction of military superiors in China” and “the Chinese regime instructing these individuals to destroy evidence and in coordinating efforts.”

By any definition, that’s espionage. Embattled Americans can expect a surge in this activity following the dismissal of Tang Juan’s visa-fraud case.