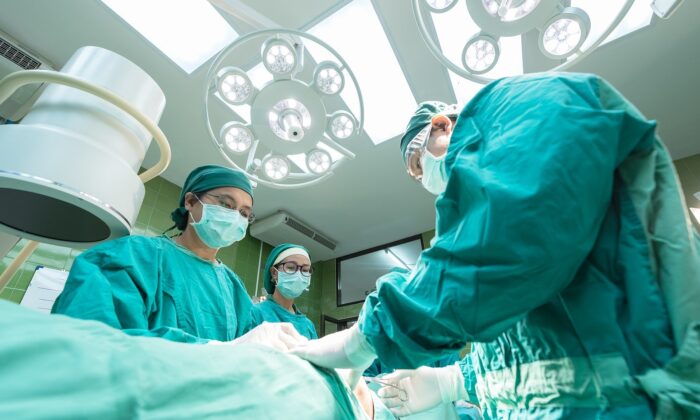 A federal judge in Texas has ruled that the Biden administration cannot force doctors to perform sex transition surgeries or abortions, or force health insurers to provide coverage for such surgeries.

“The Court agrees and concludes that enforcement of the [Biden administration’s interpretation] forces Christian Plaintiffs to face civil penalties or to perform gender-transition procedures and abortions contrary to their religious beliefs—a quintessential irreparable injury,” Reed O’Connor, a district judge in the Northern District of Texas, said his order (pdf) on Monday.

The plaintiffs are a religious hospital, an association of over 20,000 healthcare professionals, and nine states.

“When the [Religious Freedom Restoration Act] violation is clear and the threat of irreparable harm is present, a permanent injunction exempting Christian Plaintiffs from that religion-burdening conduct is the appropriate relief,” O’Connor stated.

HHS hasn’t responded to a request from The Epoch Times for comment.

“Today’s ruling is a victory for compassion, conscience, and common sense,” said Luke Goodrich, vice president and senior counsel at Becket, a public-interest legal institute and counsel for the plaintiffs. “No doctor should be forced to perform controversial, medically unsupported procedures that are contrary to their conscience and could be deeply harmful to their patients.”

This is not the first time O’Connor has blocked the enforcement.

In 2019, O’Connor struck down the administration’s enforced interpretation of part of the Affordable Care Act’s nondiscrimination clause that was introduced by the Obama administration. But he didn’t grant plaintiffs permanent injunction at the time. In April, the Fifth Circuit Court of Appeals sent the case back to the district court for further consideration but did not rule on the lawsuit’s merits.

In January, another district judge in North Dakota ruled against the enforcement rule and granted the plaintiffs permanent injunctive relief.

“An [Religious Freedom Restoration Act] violation is comparable to the deprivation of a First Amendment right,” the decision (pdf) reads.

The Biden administration will have 60 days to decide whether to appeal the court’s ruling.