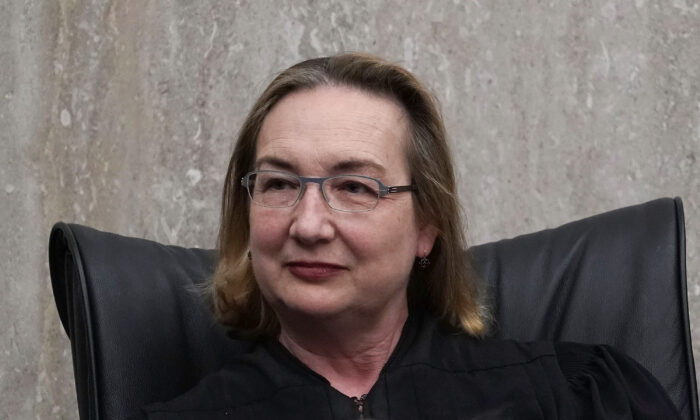 Chief U.S. District Judge for the District of Columbia Beryl A. Howell presides at the U.S. District Court in Washington on April 13, 2018. (Alex Wong/Getty Images)
US News

A federal court in Washington has halted jury trials until late January 2022 because of the increase in COVID-19 cases driven by the Omicron CCP (Chinese Communist Party) virus variant.

The U.S. District Court for the District of Columbia suspended jury trials at the onset of the COVID-19 pandemic in March 2020. Criminal trials resumed about a year later, and civil trials restarted in June.

But the state of the pandemic in the nation’s capital has shown the need to suspend trials again, Chief Judge Beryl Howell, an Obama nominee, said in a Dec. 30 order.

While case counts have fluctuated in the city over the course of the pandemic, in the last month “the Omicron variant has caused an alarming explosion of cases,” Howell wrote.

Just 22.8 percent of Washington residents, meanwhile, have received a primary vaccination series and a booster shot, Howell noted as she suspended all trials until Jan. 24, 2022.

The suspension could be extended then, pending a reassessment of the local health situation.

Health officials say the variant has driven the recent jump in COVID-19 cases across the nation, though experts are also pointing out that early data indicate the variant causes fewer cases of severe disease than the Delta strain.

The District Court of Maryland and circuit courts in the state announced this week that no jury trials will take place until at least Feb. 8, 2022.

“In an abundance of caution and through consultation with state leadership, I have made the necessary decision to revert back to Phase III operations,” Joseph Getty, Court of Appeals of Maryland Chief Judge Joseph Getty said in a statement.

Some involved in the courts have criticized earlier pauses, saying they may violate the rights of defendants, including the right to a speedy trial. Suspensions also lead to backlogs of cases once trials resume, which can overburden state or federal systems.

“There are a lot of people sitting in jail, a lot of nonviolent felonies, drug cases,” Chris Adams, president of the National Association of Criminal Defense Lawyers, told State Legislatures Magazine last year. “The real pressure is on people who can’t bond out. They’re stuck in jail, and jails are about the worst place you can be during this pandemic.”