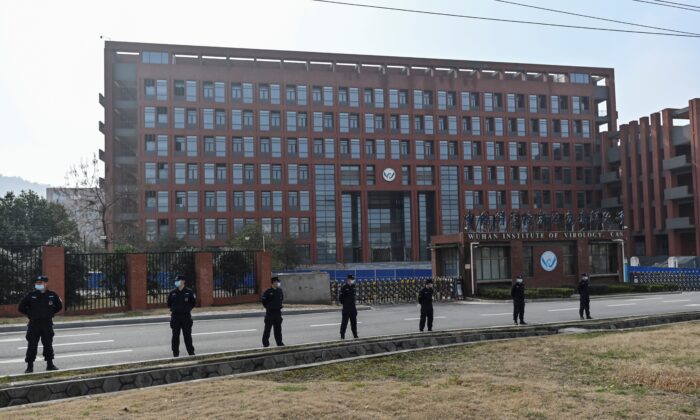 “The OIG has previously identified NIH’s oversight of grants to foreign applicants as a potential risk to [HHS] meeting program goals and the appropriate use of federal funds,” the Office of the Inspector General (OIG) said June 15 in an update of its workplan.

“NIH must manage and administer federal awards to ensure that federal funding is expended and associated programs are implemented in full accordance with statutory and public policy requirements. To do so, NIH must monitor grantee performance and grantee use of NIH funds.

“Grantees that function as pass-through entities must monitor the activities of subrecipients, including foreign subrecipients, to ensure that subawards are used for authorized purposes in compliance with relevant laws and the terms and conditions of the subaward.

“We will review NIH’s monitoring of selected grants, and grantee use and management of NIH grant funds in accordance with federal requirements.”

The OIG investigation was prompted by a request earlier this year from Sen. Joni Ernst (R-Iowa) that the OIG examine the failure of EcoHealth Alliance (EHA), a New York-based nonprofit research foundation, to comply with federal disclosure requirements of how it spent NIH grant funds.

“That’s what the OIG is looking into is [EHA’s] failure to comply with federal law,” Ernst told reporters during a Pen & Pad session in her office on June 15. “As well as finding the origins of the virus, we also need to, besides following the science, we need to follow the money.”

EHA has used federal funds to support gain-of-function research at the Wuhan lab. Such research includes techniques researchers use to alter the DNA of a virus to give it additional characteristics, including greater resistance to vaccines, more rapid spread among victims, and specific symptoms they would suffer.

The Wuhan lab has been linked to the CCP virus that is also known as the novel coronavirus, which spread from China across the globe, including the United States, beginning in November 2019. An estimated 3 million people have died due to the virus, including more than 600,000 Americans.

Chinese officials insist the disease spread to humans from bats via raw meat sold in an open-air market not far from the lab. Multiple U.S. and other officials and experts in government and the public health sector, however, think the contagion may have been engineered in and released either by accident or otherwise from the lab, which is closely linked to the Chinese military and has benefited from U.S. government funding.

Justin Goodman, White Coat Waste Project’s vice-president for advocacy and public policy, joined Ernst in the session and described the scope of EHA’s funding by NIH.

“Just some numbers so everybody can see how big a problem this is, just to EcoHealth alone, and never mind all the other grantees the OIG might identify as violating the law, EcoHealth has gotten $61.5 million in taxpayer money since 2008,” Goodman told reporters.

“Just since the pandemic began, they’ve gotten $19 million, and that’s $17 million from the [Department of Defense] DOD and over $2 million from NIH.

EHA didn’t respond to a request by The Epoch Times for comment by press time. The organization also has declined to respond to requests from House Republicans for information about its participation with the WIV in research on coronaviruses found in bats.

“EHA has an extensive history with research into bat coronaviruses in China, some of which are presumed progenitors of SARS CoV-2. In addition, EHA has partnered with the WIV in this area of research, and WIV lists EHA as one of its eight international partners, and the only one in the U.S,” Rep. Cathy McMorris-Rodgers (R-Wash.), the ranking minority member of the House Energy and Commerce Committee, said in an April 16 letter to the nonprofit.

“Further, for several years, EHA has provided some of its National Institutes of Health (NIH) federal funding to WIV [Wuhan Institute of Virology] as a federal sub-award recipient for bat coronavirus research to conduct high-quality testing, sequencing, field sample analyses, sample storage and testing, and collaboration on scientific publications and programmatic reporting. It has been reported that EHA’s China bat research project was funded entirely through NIH awards,” the letter reads.

Ernst also announced on June 15 that she is introducing legislation that would mandate suspension of federal grants by the awarding agency whenever a recipient fails to comply with all disclosure requirements.

Congressional correspondent Mark Tapscott may be contacted at Mark.Tapscott@epochtimes.nyc