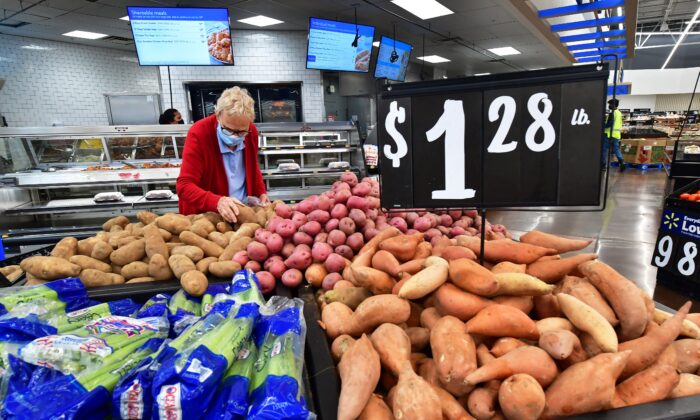 A New York Fed research paper said American consumers expect no relief from high prices in the near-term, believing the current bout of roaring inflation will keep percolating for the next twelve months before finally losing steam over a three-year horizon.

A new analysis from the New York Fed found that U.S. consumers polled about their future inflation expectations said they think prices will continue to trend higher over the coming year before falling and staying low.

“Respondents think the current high inflation environment will not fade over the next twelve months, but that it will taper off in the next three years and not persist beyond that,” the researchers wrote in a May 26 blog post that was co-authored by New York Fed President John Williams.

Williams and the research team said that medium-term inflation expectations, which have a time frame of three years, appear to have leveled off.

This comes after the most recent New York Fed Survey of Consumer Expectations found that inflation expectations over a three-year horizon rose in April by 0.2 percentage points to 3.9 percent after several months of steady declines, sparking concerns among some analysts of a fresh inflationary uptrend.

The medium-term inflation outlook figures hit a record high of 4.2 percent in October 2021, then steadily declined to 3.5 percent in January 2022, before edging up again over the past few months to hit 3.9 percent in April.

The new findings provide more clarity around where Fed researchers expect prices to move going forward, basically making the case that longer-term inflation expectations remain well-anchored and the April uptick is not an indication of a persistent inflationary pulse.

The researchers noted, however, that American consumers were more divided over the path of prices over the medium-term, expressing more uncertainty than before the pandemic about the inflationary path further out into the future.

The findings are roughly in line with recent projections from the Congressional Budget Office (CBO), which said in a May 25 report that inflation has peaked and will now decline steadily to an average of 2.3 percent for all of 2023, as measured by the Fed’s preferred PCE price index gauge. Inflation is then projected to continue falling to around the Fed’s target of 2 percent by the end of 2024 and will remain low further out into the future.

PCE inflation data released on May 27 reinforces the view that peak inflation may have already been reached. It shows that the month-over-month pace of price increases fell from 0.9 percent in March to 0.2 percent in April, well below analysts’ forecast of 0.8 percent.