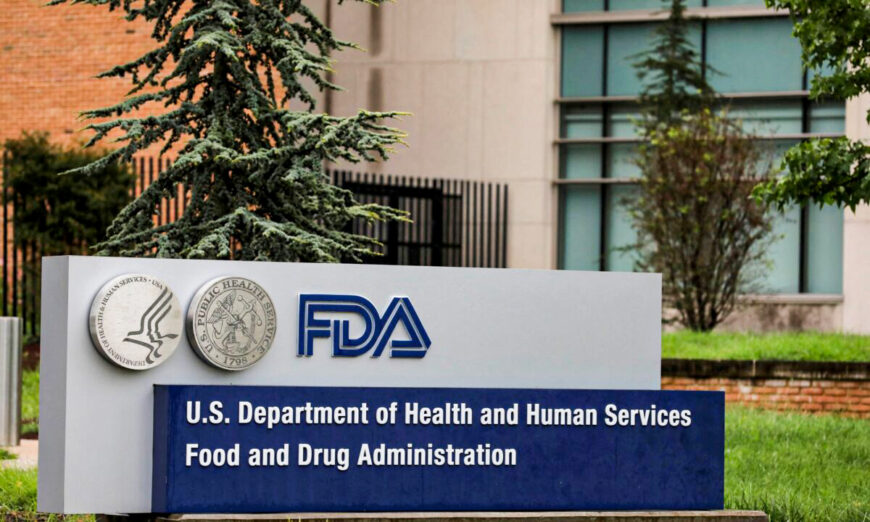 Signage is seen outside of the Food and Drug Administration (FDA) headquarters in White Oak, Md., on Aug. 29, 2020. (Andrew Kelly/Reuters)

A Food and Drug Administration (FDA) document explaining why the agency approved Moderna’s COVID-19 vaccine was removed from the agency’s website overnight.

The Summary Basis for Regulatory Action offered more details about how regulators reached the approval decision, and included references to an unpublished analysis that found the rates of post-vaccination heart inflammation were higher than any U.S. agency had found before.

After The Epoch Times reviewed the document and sent questions about it to FDA spokespersons, it disappeared from the agency’s website.

“We are aware of the issue and hope to have the document reposted as soon as possible,” a spokesperson told The Epoch Times in an email on Feb. 3.

Reached by phone and asked for more details about the issue, the spokesperson said: “I reached out to the website people. I don’t really have any more information to tell you.”

The Epoch Times has submitted Freedom of Information Act requests for the document and several unpublished analyses referenced in it, including the FDA meta-analysis.

Barbara Loe Fisher, president of the National Vaccine Information Center, a nonprofit that advocates for informed consent, told The Epoch Times in an email that “the public has the right to review the evidence FDA is using to license new mRNA vaccines as safe and effective.”

“Lack of transparency only fosters distrust in government agencies charged with protecting the public health. FDA should immediately release all information related to the incidence of myocarditis and other serious adverse events following mRNA COVID-19 vaccinations, whether that information has been provided to the agency by vaccine manufacturers or discovered through in-house analyses of additional data collected by federal officials,” she wrote.

The FDA meta-analysis examined data of four health care claims databases and estimated that, among males aged 18 to 25, the rate of myocarditis following Moderna’s primary series was 148 per million males vaccinated.

That figure is higher than other government estimates, including a Centers for Disease Control and Prevention (CDC) analysis of reports submitted to the Vaccine Adverse Event Reporting System. The analysis found about 10.7 cases per million males aged 18 to 24 who got Moderna’s first shot and 56 cases per million among those who received Moderna’s second shot.

Myocarditis is one type of heart inflammation that people who receive vaccines built on messenger RNA (mRNA) have experienced at higher-than-expected rates. It also occurs among people who contract the CCP (Chinese Communist Party) virus, which causes COVID-19.

Moderna’s shot, a type of mRNA vaccine, is administered in a two-dose primary series. The doses are administered about a month apart.

The FDA approved Moderna’s vaccine on Jan. 31 without convening its expert vaccine advisory panel, a growing trend for the agency.

The CDC’s vaccine advisory committee is scheduled to meet on Feb. 4 to review data on the jab.

An agenda (pdf) for the meeting says a Moderna scientist will present safety and efficacy data on the company’s shot, followed by CDC researchers discussing updates on post-vaccination heart inflammation and the benefit-risk framework in light of the most recent analyzed information.