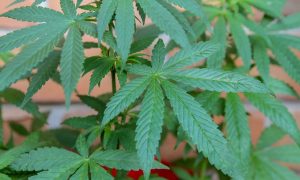 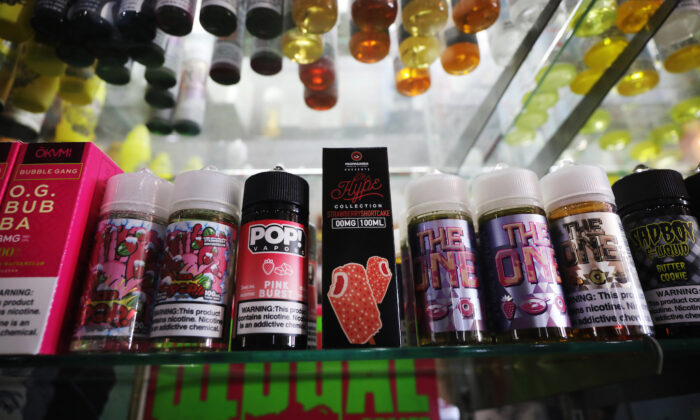 The U.S. Food and Drug Administration (FDA) said Thursday it was banning mint and fruit e-cigarette flavors as part of its push to halt the use of vaping products by those under 18.

Companies were ordered to stop manufacturing, distributing, or selling the banned flavors within 30 days or risk being punished by the agency.

“As we work to combat the troubling epidemic of youth e-cigarette use, the enforcement policy we’re issuing today confirms our commitment to dramatically limit children’s access to certain flavored e-cigarette products we know are so appealing to them—so-called cartridge-based products that are both easy to use and easily concealable,” FDA Commissioner Stephen Hahn said in a statement.

“We will continue to use our full regulatory authority thoughtfully and thoroughly to tackle this alarming crisis that’s affecting children, families, schools, and communities.”

Health and Human Services Secretary Alex Azar added, “By prioritizing enforcement against the products that are most widely used by children, our action today seeks to strike the right public health balance by maintaining e-cigarettes as a potential off-ramp for adults using combustible tobacco while ensuring these products don’t provide an on-ramp to nicotine addiction for our youth.”

“We will not stand idly by as this crisis among America’s youth grows and evolves, and we will continue monitoring the situation and take further actions as necessary,” he said.

The only acceptable cartridges for vaping devices are tobacco and menthol flavors, the FDA said. The agency said it started investigating the growing use of vaping products in late 2017 and uncovered “an alarming increase” in the use of the products by both middle school and high school students.

President Donald Trump said on New Year’s Eve that the measures that would soon be announced were to “protect our families” but said he also wanted to protect the “big industry.”

“Look, vaping can be good from the standpoint—you look at the e-cigarettes—you stop smoking. If you can stop smoking, that’s a big advantage. So we think we’re going to get it back onto the market very, very quickly, but we have to protect the children. We have to protect the families. At the same time, we have a very big industry. It’s become a very big industry. We’re going to take care of the industry,” Trump told reporters in Florida.

Trump noted the recent epidemic that left some people dead. The Centers for Disease Control said in November 2019 that a THC additive was the culprit in most of the deaths, a finding they confirmed further the next month.

“They’ve died from vaping. We think we understand why. But we’re doing a very exhaustive examination, and hopefully everything will be back on the market very, very shortly,” Trump added on Dec. 31.

“The Energy and Commerce Committee has already advanced comprehensive legislation to address the burgeoning youth tobacco epidemic, including a full flavor ban, with bipartisan support. The full House should quickly take up this legislation when it returns,” Pallone said.