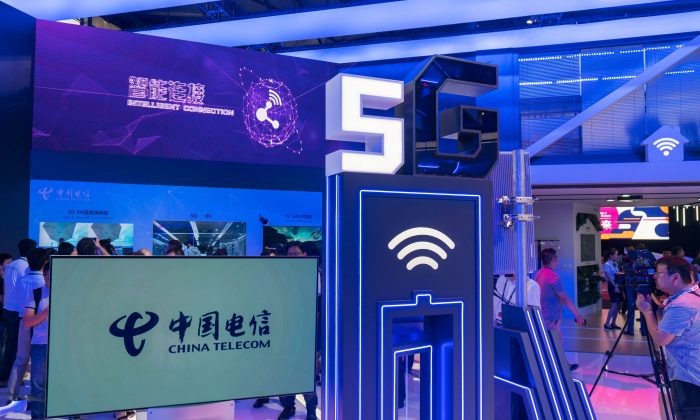 China Telecom Americas, a subsidiary of China Telecom, now has 60 days to discontinue services after having operated in the United States for two decades.

The FCC voted 4-0 to terminate China Telecom America’s license to provide domestic and international services within the United States. The regulator said the firm “is subject to exploitation, influence, and control by the Chinese government” and is “highly likely” to comply with Beijing’s orders.

The decision concluded more than a year of U.S. scrutiny into the Chinese telecom provider, which began last April during the Trump era when the Department of Justice and other federal agencies called for the FCC to bar China Telecom’s U.S. operations.

The Justice Department at the time found that China Telecom had made inaccurate statements about where the company stored its U.S. records, which raised questions about who had access to those records. The department also said the firm had made inaccurate public statements about the company’s cybersecurity practices, drawing concerns about its compliance with U.S. cybersecurity and privacy laws.

In March, the FCC began efforts to revoke authorization for three other state-controlled Chinese telecommunication firms, including China Unicom Americas, Pacific Networks, and its wholly-owned subsidiary ComNet, saying the companies “have failed at this stage to dispel serious concerns” about their U.S. authorizations.

The FCC on Tuesday highlighted China Telecom’s ownership by the state, which it said would give Beijing authorities opportunities to “access, store, disrupt, and/or misroute U.S. communications, which in turn allow them to engage in espionage and other harmful activities against the United States.”

China Telecom Americas, the agency said, had shown “a lack of candor, trustworthiness, and reliability that erodes the baseline level of trust” in its conduct towards the commission and other U.S. agencies.

The regulator also accused China Telecom Americas of violating two of five terms in a 2007 letter of assurance given to the U.S. government, which it needed to comply with to continue operating in the country.

The Epoch Times has reached out to China Telecom but did not receive a response by press time.

Following the vote, the agency’s acting chairwoman Jessica Rosenworcel described the action as “an important and necessary step,” adding that “this is not a decision we make lightly.”

FCC Commissioner Brendan Carr said he was pleased to have wrapped up the case but signaled that more needs to be done.

“While today’s vote is an important step forward, the FCC must remain vigilant to the threats posed by the Communist Party of China and those who would do its bidding,” he said in a Tuesday statement.

Carr, who welcomed the bill’s passage, said FCC needs to expand on its banned list to cover more firms that could constitute a national security risk. He had targeted DJI, a Shenzhen-based drone maker, saying “we do not need a Huawei on wings.”

The FCC in March declared five Chinese companies, including Chinese telecom giant Huawei, as posing a threat to national security. It has also set a start date for U.S. telecom carriers to “rip and replace” equipment manufactured by Huawei in late September.