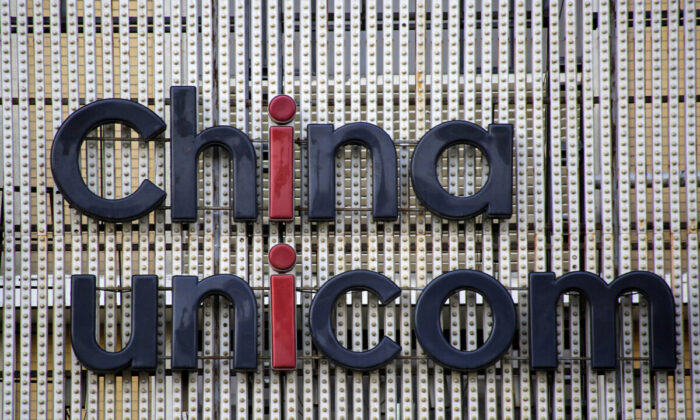 The Federal Communications Commission (FCC) has voted to block state-owned China Unicom from the U.S. market, adding to a growing list of Chinese telecommunication carriers ejected from operating on U.S. soil over national security concerns.

The body’s 4–0 vote on Jan. 27 means that all three of China’s leading wireless carriers are now barred, following the FCC’s action in 2021 to ban China Telecom Americas and its refusal to let China Mobile access the U.S. market two years earlier.

The FCC decision gives the firm 60 days to cease domestic and international services.

The agency first granted China Unicom Americas operating authority two decades ago. But the national security landscape has shifted since then, according to FCC Chairwoman Jessica Rosenworcel.

“There has been mounting evidence—and with it, a growing concern—that Chinese state-owned carriers pose a real threat to the security of our telecommunications networks,” she said in a statement.

Rosenworcel noted that the FCC has begun similar proceedings against Chinese telecom providers Pacific Networks Corp and ComNet, its wholly-owned subsidiary. The order, which was issued in April 2020, required the firms to show proof that they were free from Chinese state influence in order to continue operating in the country.

China Unicom’s Beijing operation is the official and only communication service partner for the 2022 Beijing Winter Olympic Games, which are set to open on Feb. 4. Over the past year, it has partnered with Huawei—another Chinese telecom provider that the FCC has labeled as a security threat and is subject to U.S. sanctions—to build 5G networks in preparation for the Beijing games.

The FCC flagged China Unicom’s state ownership and its compliance with Chinese cybersecurity law, which it stated could allow the company to be used as an espionage tool and give Beijing opportunities to “access, store, disrupt, and/or misroute U.S. communications.”

Over the course of the investigation, China Unicom Americas had multiple opportunities to make its case, but its responses have consistently been “incomplete, misleading, or incorrect,” Rosenworcel said.

“The company is highly likely to be forced to comply with Chinese government requests—including the disclosure of communications by American citizens—without sufficient legal protections and independent judicial oversight,” FCC Commissioner Geoffrey Starks said in a statement, noting that the company’s failure to provide accurate and truthful information to the commission has demonstrated that it “simply cannot be trusted” to provide services in the United States.

China Telecom Americas didn’t respond to a request from The Epoch Times for comment. In a June 2020 filing to the FCC, it stated that the company had “a two-decade track record as a valuable contributor to U.S. telecommunications markets, a good record of compliance with its FCC regulatory obligations, and a demonstrated willingness to cooperate with U.S. law enforcement agencies.”

A cybersecurity report from December 2020 shows that China Unicom was behind a state-directed mass surveillance effort on the phones of U.S. citizens in 2018.

By exploiting existing network vulnerabilities, the regime was able to monitor and intercept communications of U.S. mobile users while they traveled abroad. The number of individuals targeted is in the tens of thousands, according to the report. China Unicom refuted the report findings.

Sen. Rob Portman (R-Ohio), who led the effort on a 2018 bipartisan congressional report warning about Chinese intelligence collection efforts through telecom suppliers such as China Unicom, said he was pleased to see the FCC action. Revoking China Unicom Americas’ license marks “another step forward in ensuring our communications networks are secure for all Americans,” he wrote on Twitter.

In November, another provider China Telecom America had sought to block an FCC ban by challenging the order at a federal appeals court, which the court dismissed. Despite this, China Telecom told the FCC that it would continue most of its U.S. operations, arguing that its business-focused services were not caught under the order. Rosenworcel, in response, told the company’s lawyer that the commission will “pursue all available remedies” to ensure its exit, according to a Dec. 30 letter.

Starks said China Unicom Americas can still offer data center services to U.S. customers even after the loss of license. The commission is planning to issue a consumer guide in English, simplified Chinese, and traditional Chinese on its website to alert users of alternatives, the agency stated.