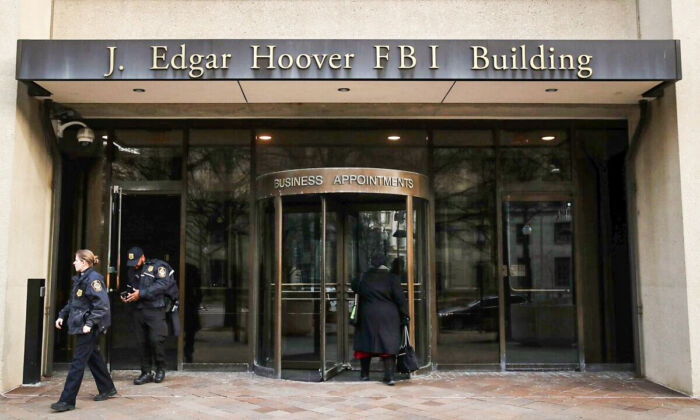 A defendant in the Michigan Gov. Gretchen Whitmer kidnapping case has moved to introduce evidence related to the use of federal informants in the Jan. 6, 2021, Capitol Hill breach, arguing that the FBI’s refusal to answer basic questions about such activities demonstrates a “consciousness of guilt” by the government.

The Jan. 14 motion from Kaleb Franks comes as he and four other defendants seek to have their charges dismissed on entrapment grounds. With their trial set for March 8, an attorney for Franks has made numerous motions related to the FBI’s use of at least 12 informants in the Whitmer investigation—including to introduce evidence related to the Jan. 6 Capitol breach, as well as to provide FBI informants and agents with immunity to testify about their actions.

The Jan. 6, 2021-related evidence that attorney Scott Graham seeks to admit is the refusal by top Department of Justice (DOJ) and FBI officials to discuss the use of informants in the U.S. Capitol breach. According to Graham, the FBI’s lack of transparency demonstrates its “consciousness of guilt”—a term, typically reserved for defendants, to describe when someone conceals evidence, intimidates witnesses, or does something else that makes him or her look guilty.

“The FBI has certainly concealed the details of its use of informants and undercover agents in relation to the January 6 events and regarding its policies on their use generally,” Graham said. “Under the jury instruction’s reasoning, and the [court’s] analysis, the agency has exhibited consciousness of guilt.”

Graham said he can appreciate the sensitivity of the matter, but argued that the seriousness of the Capitol breach necessitated some transparency on the issue.

“It seems fair to expect some sort of answer from the [FBI], given the gravity of the January 6 events and the national concern about law-enforcement overreaching,” he said.

As to how Jan. 6, 2021-related evidence would build his client’s case, Graham said it would help him reach the threshold of “objective entrapment”—when the government’s actions are so egregious that charges are dismissed, regardless of the defendant’s conduct.

“If national leaders are expressing concern about FBI overreaching in the realm of informant use and deployment of undercover agents, this latter idea of ‘objective’ entrapment must assume a greater jurisprudential role,” he said. “Mr. Franks asks the Court to allow him to present to the jury evidence related to these national inquiries.”

Graham also made six other motions on Jan. 14, including motions to compel or exclude certain evidence, as well as one to grant immunity to the FBI agents and informants involved in the case.

The motion for immunity follows the dismissal of one FBI agent in the Whitmer case for beating his wife. Another agent has been accused of perjury in a separate case, and a third was pulled from testifying in the trial after it was revealed that he was operating a private intelligence business while investigating the defendants.

Along with the agents, at least one informant faces unrelated criminal charges in another matter after the FBI allegedly caught him acting as a “double agent” on behalf of the Whitmer plotters.

“Normally, these people would testify at trial and would answer relevant questions posed by both sides to the case. … This case, however, is different from most. It is now apparent that a number of both the agents and sources have reason to refuse to testify by invoking their Fifth Amendment rights against self-incrimination,” Graham said.

“The testimony of the people in both groups is crucial to the presentation of a defense in this case. Mr. Franks therefore asks for an order compelling the government to obtain orders for use immunity for its agents and sources.”