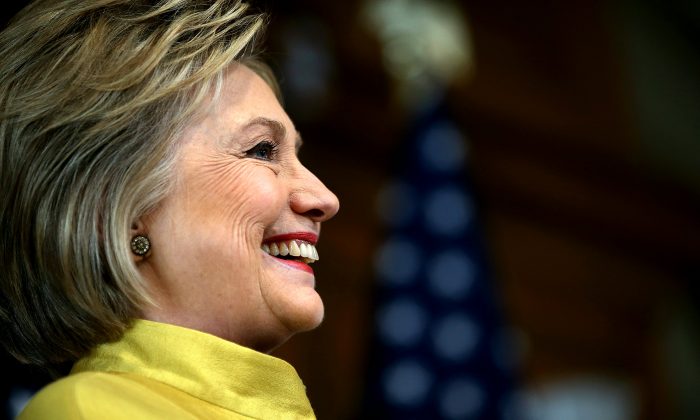 Investigations enter the next phase.
By Steven Klett
biggersmaller
Print

The former Secretary of State has been under investigation by the FBI since last July when the Bureau announced a probe into over 30,000 of Clinton’s emails.

She first offered last August to meet and answer any questions they might have.
— Brian Fallon, campaign spokesperson for Hillary Clinton

This new development announces the end of the preliminary probe into the emails, and the investigation entering a new phase. It assures that the investigation will follow her campaign around, possibly through the November election.

Brian Fallon, Clinton’s campaign spokesperson said that she was willing to work with the Bureau to get the investigation over with as quickly as possible.

“She first offered last August to meet and answer any questions they might have,” Fallon wrote. “She would welcome the opportunity to help them complete their work.”

The Washington Post reported on Monday that the FBI has deployed 147 agents on the case, citing an unamed lawmaker who was briefed by FBI Director James B. Comey.

At a recent Democratic debate, when asked whether or not she was going to be indicted, Clinton emphatically said, “that’s not going to happen.”

Reasonable folks may think that federal law ought to prohibit what Hillary did, but it’s just not clear to me that it currently does.
— Stephan Vladeck, law professor, American University

The LA Times article notes that it’s very unlikely that Clinton will face any criminal charges:

“The facts of the case do not fit the law,” said Stephen Vladeck, a law professor at American University. “Reasonable folks may think that federal law ought to prohibit what Hillary did, but it’s just not clear to me that it currently does.”

However, Republicans use the email probe as a rallying cry to argue for Clinton’s disqualification from the 2016 election as she inches closer to securing the nomination.

For example, Senator Chuck Glassley commented on March 28: “With all the troubles she’s getting on email, and the FBI’s going to question her, I would imagine she’d want to change the tone of her campaign.”

Glassley appears to be preemptively attacking Clinton, whose expected to criticize his decision to blockade a Supreme Court Nominee.