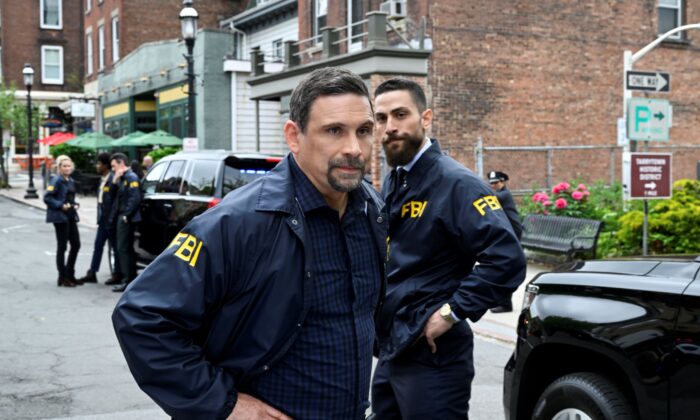 Jeremy Sisto as Assistant Special Agent in Charge Jubal Valentine and Zeeko Zaki as Special Agent Omar Adom "OA" Zidan in a scene from the season finale of the series "FBI" in this undated photo. (David M. Russell/CBS via AP)
Film & TV

LOS ANGELES—CBS pulled the season finale of “FBI” after a deadly elementary school shooting in Texas.

The network said Tuesday that it will not air the show’s season four finale titled “Prodigal Son.” The decision was made by CBS after a gunman killed at least 19 students at Robb Elementary School in Uvalde, Texas. Authorities said the gunman also killed two adults.

The finale’s storyline involved a suspected student’s participation in a deadly robbery. It’s unclear whether the episode will air in the future.

The synopsis reads: “As the team investigates a deadly robbery that garnered a cache of automatic weapons for the killers, they discover one of the perps is a classmate of Jubal’s son, who is reluctant to cooperate.”

The network re-aired the show’s 12th episode “Under Pressure” in place of the season finale.

Apple TV+ also canceled a red carpet event for season two of its show “Physical,” which stars Rose Byrne, because of the shooting.