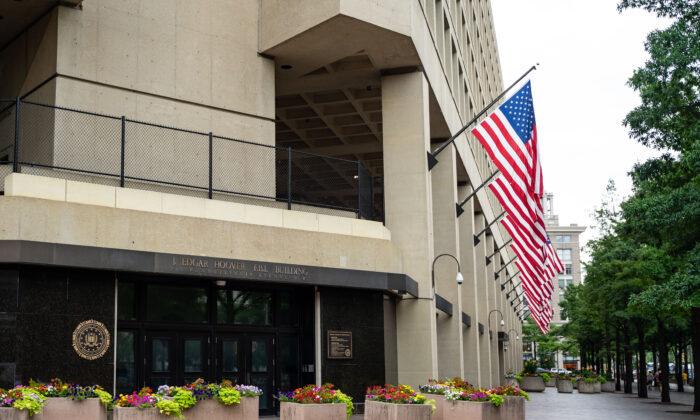 On Monday evening, House Judiciary Republicans wrote on Twitter that an unnamed whistleblower came forward and told them that the FBI is moving agents from child sexual abuse cases to pursue investigations relating to the Jan. 6 Capitol breach.

The whistleblower, according to Republicans and Rep. Jim Jordan (R-Ohio), “told that child sexual abuse material investigations were no longer an FBI priority and should be referred to local law enforcement agencies.” Jordan sent a letter to FBI Director Christopher Wray asking why there is a purported shift in focus from the child abuse cases to Jan. 6.

When contacted by The Epoch Times for comment on Tuesday, a spokesperson for the FBI said that “the FBI is charged with protecting the American people from a wide variety of threats, from terrorism, cyber threats, and violent crime to public corruption, hate crimes, and crimes against children.”

“Our commitment to one does not come at the expense of another,” the spokesperson added, disputing House Republican’s key assertion. “The threat posed by domestic violent extremists is persistent, evolving, and deadly. The FBI’s authority to investigate a case as domestic terrorism requires the existence of a potential criminal federal violation, the unlawful use or threat of force or violence, and ideological motivation of any type.”

The spokesperson added that the bureau does “not investigate ideology” and only “investigates individuals who commit or intend to commit violence and other criminal activity that constitutes a federal crime or poses a threat to national security.”

“We are committed to upholding the constitutional rights of all Americans and will never open an investigation based solely on First Amendment activity,” the FBI said.

The Monday letter from House Republicans alleged that the FBI is breaking its own rules and miscategorizes files to create the impression that domestic violent extremism cases are emerging across the United States.

“New whistleblowers have come forward with concerning information about how the FBI is deliberately manipulating the way case files related to Jan. 6 investigations are maintained in order to create a false and misleading narrative that domestic violent extremism is increasing around the country,” the letter said. “The whistleblower alleged ‘the F.B.I. has not followed regular procedure’ with respect to Jan. 6 cases.”

It added that task force members in the FBI’s Washington bureau identify possible cases and subjects before it “disseminates information packets with instructions to open full investigations to [local] Field Offices around the country.”

Then, the Washington bureau tells field office agents to “open the case” in their location before the Washington office approves “all of the investigative work and paperwork for the casefile.”

Describing it as a “scheme,” House Republicans claim it allows the FBI “to continue to support on paper your assertion that ‘[t]he FBI is a field-based law enforcement organization, and the vast majority of our investigations should continue to be worked by our field offices,’ while actually running the investigation from Washington.”