FBI Issues Update on US Elections Ahead of 2022 Midterms 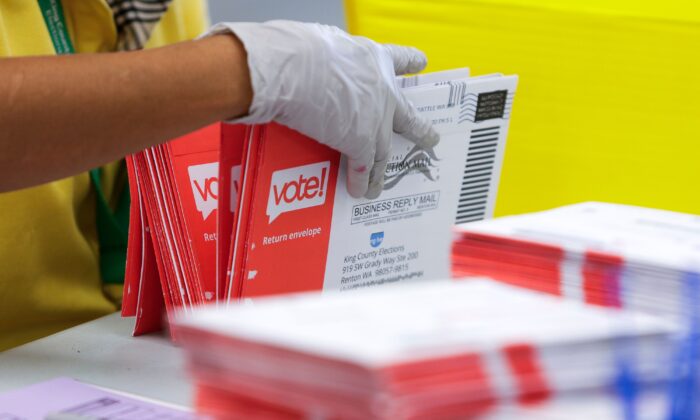 The FBI and the Cybersecurity and Infrastructure Security Agency (CISA) said on Wednesday that both agencies are confident that election infrastructure will not be compromised during the 2022 midterms.

“The FBI and CISA will continue to quickly respond to any potential threats, provide recommendations to harden election infrastructure, notify stakeholders of threats and intrusion activity, and impose risks and consequences on cyber actors seeking to threaten U.S. elections,” the agencies said (pdf) in a joint statement.

Both agencies said there is no indication to suggest cyber activity has prevented someone from casting a ballot or compromised the integrity of the ballot.

“As of the date of this report, the FBI and CISA have no reporting to suggest cyber activity has ever prevented a registered voter from casting a ballot, compromised the integrity of any ballots cast, or affected the accuracy of voter registration information. Any attempts tracked by FBI and CISA have remained localized and were blocked or successfully mitigated with minimal or no disruption to election processes,” the statement said.

The statement did acknowledge that some election systems that house voter registration information and data could be targeted by malign actors.

“Cyber actors may also seek to spread or amplify false or exaggerated claims of cybersecurity compromises to election infrastructure; however, these attempts would not prevent voting or the accurate reporting of results,” CISA, which is run by the Department of Homeland Security, and the FBI also said.

The FBI, meanwhile, has been accused of meddling in the 2020 election by Republican lawmakers using whistleblower statements accusing the bureau of suppressing damning information about President Joe Biden’s family.

With weeks to go before the November 2020 elections, a former Biden family associate, Tony Bobulinski, came forward and corroborated messages found on Hunter Biden’s laptop and accused the Bidens of being compromised by Chinese officials. In one email exchange, Hunter referred to his father as “the big guy” who was slated to receive 10 percent on the CEFC deal, which was confirmed by Bobulinski two years ago.

During an interview on Tuesday evening with Fox News’s Tucker Carlson, Bobulinski again asserted that he believes President Biden was well aware of his son’s business dealings and likely profited via an influence-peddling scheme. Both Joe and Hunter Biden have denied any improper behavior.

Bobulinski, who was involved in a venture with Hunter Biden and Chinese energy firm CEFC, alleged that an FBI agent in 2020 never contacted him after he went to the bureau with information about the younger Biden’s deals.

Because of the FBI’s alleged actions ahead of the 2020 contest, Bobulinski said the bureau “altered history” and suggested they “rigged” the election.

“You can call it rigged. You can call it stolen. You could call it suppressed. The American people can call it whatever they want. But the fact pattern is the FBI alone altered history in that election,” he told Fox News.