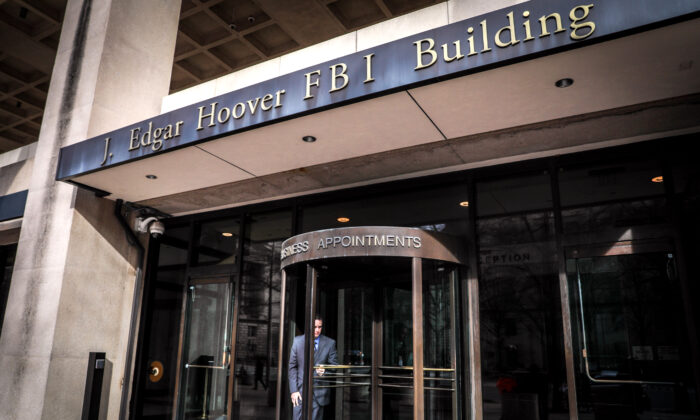 The FBI sought and obtained both subpoenas and orders prohibiting Apple and Google from disclosing the existence of the subpoenas in the bureau’s investigation of a diary belonging to Ashley Biden, President Joe Biden’s daughter, according to newly released documents.

The bureau also was working to find evidence showing “the location of Ashley Biden’s property.”

Project Veritas says its journalists and the journalists’ security details were the subjects of the subpoenas to Apple and Google.

The nonprofit journalism group published notices sent by Apple to journalists and security agents in March disclosing the FBI’s legal requests after the NDOs expired. The group also published subpoenas and orders issued to Google.

Thousands of NDOs in such cases have been issued by the Department of Justice (DOJ), the parent agency of the FBI, according to Rep. Greg Stanton (D-Ariz.).

Republicans and Democrats on the House Judiciary Committee, including Stanton, unanimously passed legislation on April 6 that would force prosecutors to prove why NDOs are needed when the government seeks to access a person’s electronic communications without the person’s knowledge.

The FBI has been investigating the possible theft of Ashley Biden’s diary since at least 2020, according to documents obtained by The Epoch Times. Agents raided the home of James O’Keefe, Project Veritas’s founder, as well as the homes of other employees of the nonprofit. Project Veritas has stated that it was given the diary by a source and ultimately handed it over to law enforcement in Florida.

The federal government’s handling of the case has drawn criticism from press advocates.

“We’re deeply troubled by reports that the Department of Justice obtained secret electronic surveillance orders requiring sweeping disclosure of ‘all content’ of communications associated with Project Veritas email accounts, including attorney-client communications,” Brian Hauss, an attorney with the American Civil Liberties Union, said in a statement after the Microsoft subpoenas were revealed.

Attorney General Merrick Garland, a Joe Biden appointee who heads the DOJ, promised in 2021 that the department “will no longer use compulsory legal process for the purpose of obtaining information from or records of members of the news media acting within the scope of newsgathering activities.”

He also wrote at the time (pdf) that the prohibition “does not apply to obtaining information from or records of a member of the news media who is subject or target of an investigation when that status is not based on or within the scope of newsgathering activities.”

Paul Calli, an attorney representing Project Veritas, alerted U.S. District Judge Analisa Torres, an Obama appointee, of the Microsoft subpoenas and nondisclosure orders in a petition for the return of property in March.

Calli said the government was using “mafia-busting tactics to investigate what is, under the Supreme Court precedent applicable to newsgathering, a non-crime.”

Prosecutors said in a recent response that there was “nothing improper or unlawful” about the way the government compelled Microsoft to hand over information.

The FBI, the DOJ, Google, and Apple didn’t respond to requests for comment.