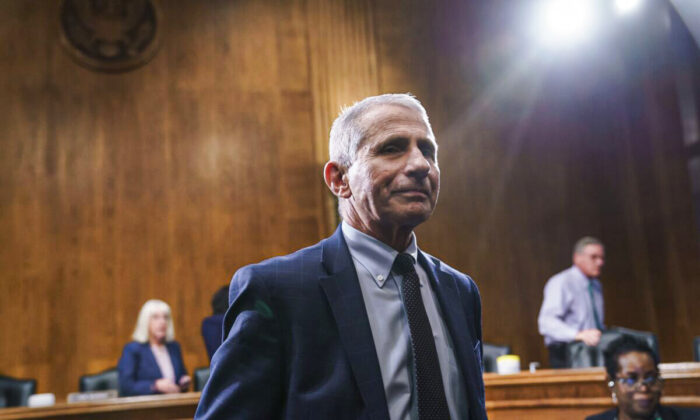 Fauci: Vaccine Mandate for Domestic Air Travel ‘Would Be Welcome’

Currently, the United States mandates that noncitizens coming into the country present proof of vaccination and a negative COVID-19 test within 24 hours of departure. Travelers who took the Pfizer, Moderna, or Johnson & Johnson vaccines, as well as shots approved by the World Health Organization, are authorized to enter the United States under federal health guidelines.

But Fauci said those requirements should be expanded.

“If you’re making a requirement for vaccination for people to get on planes who are coming into the country, that’s understandable,” he told MSNBC on Dec. 27. “You don’t want to bring more cases into the country. But if you’re talking about requiring vaccination to get on a plane domestically, that is just another one of the requirements that I think is reasonable to consider.”

Fauci didn’t explain why he believes the requirement would be a “reasonable” one.

Recent studies have shown that the Omicron coronavirus variant—which the Centers for Disease Control and Prevention (CDC) has said is now the dominant strain in the United States—presents milder symptoms and fewer hospitalizations than the Delta strain. Some officials, including Fauci, have said that because of Omicron’s high degree of transmissibility, it may lead to more and more hospitalizations in the coming days.

He didn’t say whether he recommended the implementation of a vaccine requirement for domestic air travel to other White House officials. The White House didn’t respond to a request for comment by press time.

“When you make vaccination a requirement, that’s another incentive to get more people vaccinated. If you want to do that with domestic flights, I think that’s something that seriously should be considered,” Fauci said.

During a recent interview with ABC, President Joe Biden said that vaccine requirements for domestic air travel have been considered. But Biden said the “recommendation I’ve gotten is [that it’s] not necessary.”