Fauci Invested in Chinese Companies With Ties to Beijing Through Fund, According to Financial Disclosures 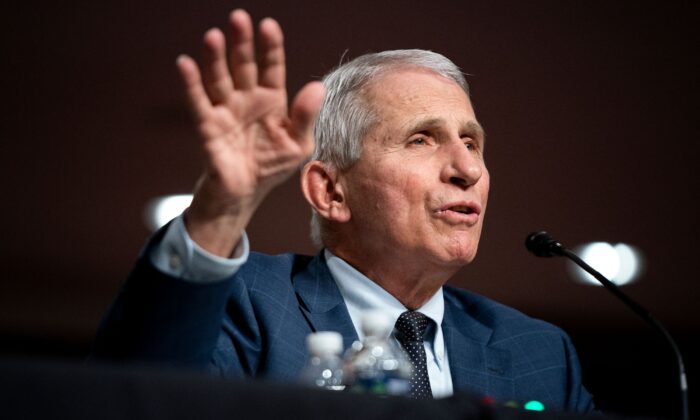 ​​Sen. Roger Marshall (R-Kan.) obtained the records (pdf) and published them on Jan. 14, showing that Fauci had $10.4 million in investments, including holdings in several funds, at the end of 2020. One particular fund was named the Matthews Pacific Tiger Fund.

The fund invested 42.7 percent of its investors’ capital on companies based in Hong Kong and China, according to a fact sheet (pdf) published by the private investment firm Matthews Asia in September 2021. Those companies included Tencent Holdings, Alibaba Group Holdings, Hong Kong Exchange and Clearing Ltd., and WuXi Biologics Cayman.

The fund’s portfolio companies were initially reported by Breitbart.

Tencent Holdings, a Chinese technology and entertainment conglomerate based in the southern Chinese city of Shenzhen, is best known for being the owner of popular messaging app WeChat. The app has drawn scrutiny from the U.S. government over national security concerns.

Tencent is also known for complying with the Chinese regime’s censorship rules in China and for extending its monitoring and censorship to U.S. users of WeChat.

Alibaba, China’s e-commerce and technology giant founded by billionaire tech entrepreneur Jack Ma, along with Tencent, were among several Chinese companies named in 2017 by China’s Ministry of Science and Technology on the communist regime’s “national team” for advancing artificial intelligence.

U.S. officials have warned about the two companies.

In 2019, Christopher Ford, then the assistant secretary of state for international security and nonproliferation, said China’s technology giants, including Alibaba, Baidu, and Tencent, had “become deeply enmeshed in Beijing’s system of oppression at home and its increasingly assertive strategic ambitions globally.”

WuXi Biologics Cayman, a biopharmaceutical company listed in Hong Kong, has ties to the Chinese Communist Party. According to a 2021 article published by China’s news portal NetEase, the firm was among several Chinese companies signing a partnership deal with the municipal government in Wuxi, a city near Shanghai, in forming a “Party-building alliance.”

One of the things the alliance would allow the participating companies to do better would be to share information on improving the “cohesiveness and competitiveness” of their “Party organizations.”

Fauci, director of the National Institute of Allergy and Infectious Diseases (NIAID), provided the documents to Marshall after a request from the senator. The request came after the two clashed during a Senate hearing last week when Marshall confronted Fauci over his financial information.

After publishing the documents on Jan. 14, Marshall accused Fauci of lying about them in a statement from his office.

“Just like he has misled the American people about sending taxpayers dollars to Wuhan, China, to fund gain-of-function research, about masks, testing, and more, Dr. Fauci was completely dishonest about his financial disclosures being open to the public—it’s no wonder he is the least trusted bureaucrat in America,” Marshall stated.

The senator also announced that he will introduce the Financial Accountability for Uniquely Compensated Individuals (FAUCI) Act, so that financial disclosures filed by government officials would be more readily available to the general public.

The NIAID and Matthews Asia didn’t respond to a request for comment by press time.