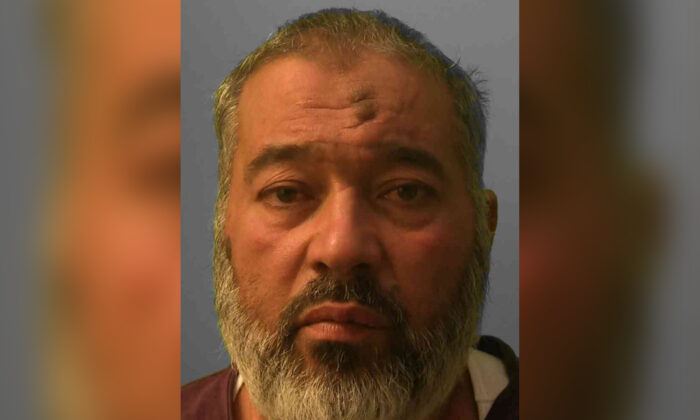 A British man who urged Muslims in Brighton to carry out “jihad by the sword” has been jailed for four years after being convicted of encouraging terrorism.

In November 2020 Abubaker Deghayes, 53, told around 50 worshippers, including children: “Jihad is compulsory. Jihad is fighting by sword.”

A jury at the Old Bailey in London was shown a video taken at the Dyke Road mosque in Brighton which caught Deghayes saying: “You, idiots. You kuffar (non-believers). … The non-believer is an idiot. He’s stupid.”

Libyan-born Deghayes went on to insist jihad meant violence and he criticised Prevent, the UK government programme which aims to turn people away from violent extremism through mentoring.

One of his sons, 17-year-old Jaffar, was killed while fighting in Syria in 2014 and Jaffar’s 18-year-old brother Abdullah was shot and killed in Syria while fighting for Jabhat al-Nusra, an Islamist group.

A third son, Abdul, was stabbed to death by a drug dealer in Brighton in 2019 while a fourth son, Amer, was last known to be in Syria.

When he went on trial in November, Deghayes sought to play down his fiery speech and insisted he was not encouraging violence.

During cross examination by prosecutor Ben Lloyd, Deghayes was asked what he meant by “jihad by sword.”

He replied: “People are going to imagine a crime. But Jesus said if you have no sword, go and buy a sword. He said those who live by the sword die by the sword. Are we saying Jesus is encouraging terrorism?”

Lloyd asked him: “Do you think we should live under a caliphate?”

“We should live under a just rule,” he replied.

Lloyd asked: “Does that mean living under a caliphate, an Islamic state?”

Deghayes’ brother, Omar, spent six years in the Guantanamo detention camp in Cuba before being released by the U.S. authorities and sent back to Britain. He had originally been detained in Afghanistan but claimed he just went there to see what life was like under the Taliban.

Nick Price, Head of the Crown Prosecution Service’s Counter-Terrorism Unit, said: “Abubaker Degahyes encouraged violence in the name of religion during the speech he made at a mosque in front of young people. This was dangerous and could have had profound consequences.”