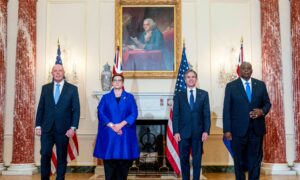 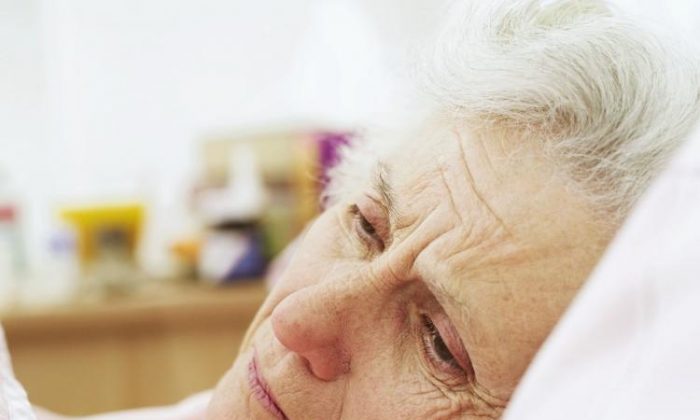 Bill 52, which would give Quebec residents the right to request medical aid to die, has drawn heated debate on both sides of the euthanasia issue. (Photos.com)
Canada

Controversial Bill 52 coming up for final vote
By Justina Reichel

With Quebec’s euthanasia bill expected to undergo its final vote on Friday, a Canadian physician considered the father of palliative care in North America says legalizing doctor-assisted death would be a “disastrous mistake.”

Dr. Balfour Mount has made it his life’s work to help ease the suffering of critically ill patients. He coined the phrase “palliative care” (to palliate means to improve the quality of something), and set up the first ward at McGill’s Royal Victoria Hospital in 1973.

Mount, 74, has a unique perspective on the euthanasia debate, having experience on both sides of the hospital bed. He has survived decades of critical illness including testicular cancer in his 20s, esophageal cancer in his 60s, and a heart attack.

Mount admits that in his darkest moments of suffering it was easy to lose hope and the will to live. Even now, he has to sleep sitting up because if he lies down the contents of his bowels will run into his lungs, and it’s been that way for 14 years.

Despite it all, he says euthanasia was never an option.

“Having cancer has helped to sharpen the issues for me and has clarified why intentionally ending life has never been considered ‘a medical act,’” he said in an email to the Epoch Times.

“Twenty-four hundred years ago, when the ability to ease suffering was minimal, Hippocrates warned that intentionally ending the patient’s life must always lie outside the doctor’s purview and this promise has been part of the doctor’s oath ever since. We should ask ourselves why now, when we can do so much, has the issue become so urgent.”

Mount has lent his voice to a recently launched video campaign, along with humanitarian Jean Vanier and other “humanity experts,” urging Quebec to stand against Bill 52.

“Legalizing euthanasia places at risk the most vulnerable among us: the elderly and the handicapped, those unable to speak for themselves, those who feel they are a burden to their loved ones,” he says in the video.

“I think it would be a disastrous mistake to legalize euthanasia in Quebec, and Canada.”

Introduced in the province’s National Assembly last June, the bill, also called “An Act respecting end-of-life care,” would give Quebec residents the right to request medical aid to die. If it passes, it would be the first legislation of its kind in Canada, and as such has drawn heated debate on both sides of the euthanasia issue.

Mount takes issue with the fact that palliative care is mentioned 33 times in the bill, but the word euthanasia doesn’t appear once—something he finds misleading and disturbing.

“I deeply resent the manipulative phrase ‘medically assisted dying’ when referring to legalizing euthanasia,” he said. “Medically assisted dying is what I have been concerned with for 40 years. It has no relationship to intentionally ending my patient’s life. Instead, the goal is quality of life.”

By framing euthanasia as a medical issue instead of a criminal one, Quebec is able to keep it under provincial jurisdiction and avoid the federal criminal code, where assisted suicide is considered murder. While some experts say this strategy is legal, others have called it unconstitutional.

Véronique Hivon, the Parti Québécois minister responsible for the bill, has said the public wants the “right to die,” and a lack of quality palliative care is one of the reasons patients ask to have their lives shortened.

According to the bill, in order for a patient to qualify for medically assisted death they must be above the age of majority, capable of consent, and suffering from an incurable illness at an advanced stage, to the point where they experience “constant and unbearable physical or psychological pain.” Patients themselves would have to make the request in writing, and get approval from at least two physicians.

“We believe that medically assisted dying is part of good palliative care. But palliative care in itself is often not enough. Not all suffering can be controlled in ways that are acceptable to the patient,” the letter said.

”Medically assisted dying is about giving control to the suffering person. Having control brings peace of mind, and sometimes that is all that is needed.”

An October 2013 Environics Institute poll found that nearly four in five Quebec residents said they approved of allowing a terminally ill or severely disabled person to end their life.

Longtime anti-euthanasia activist Alex Schadenberg, international chair of the Euthanasia Prevention Coalition, says Quebec should take heed of the example of legalized euthanasia in other countries—particularly Belgium, whose legislation Bill 52 is modeled after.

A problem emerging in Belgium, says Schadenberg, is that the definition of “psychological pain” is difficult to define and ever-expanding. Patients who opted for assisted death have included a woman going blind and another with chronic depression.

Belgium is now considering widening the law to include children with disabilities and people with dementia.

“Over time they keep extending it,” he says. “People are asking for it out of fear or other reasons.”

Since Belgium legalized euthanasia in 2002, statistics show that medically assisted deaths have consistently risen. The number of reported assisted deaths rose from 954 in 2010 to 1,432 in 2012, representing 2 percent of all deaths in the country.

A 2010 study of the Flanders region of Belgium published in the Canadian Medical Association Journal found that 32 percent of assisted deaths were carried out without patient request and 47 percent went unreported.

Various polls conducted in recent years have found a majority of Canadians support the right of terminally ill patients to have medical assistance to die. Schadenberg believes that if more Canadians realized the potential pitfalls of Bill 52 and the range of experience in other countries, they may be more reluctant to support it.

“That’s the thing about euthanasia—most Canadians might be supportive, but they only want euthanasia under strict circumstances,” he says.

Mount says Canada needs to focus on the advancement of palliative care, rather than on euthanasia.

“There’s no need [to legalize euthanasia] because of pain and symptom control. We’re able to control the suffering, and through palliative care with a skilled team able to minimise suffering that’s physical, psychological, social, spiritual, existential,” he says.

“If there is an exception, palliative sedation is legal. It’s part of palliative care—it doesn’t need a legislative change.”