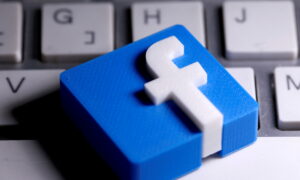 The father of Omar Mateen, the 29-year-old man who carried out the worst mass shooting in American history, is a political activist who is running for President of Afghanistan.


“We have the duty to tell the world that Pakistan is the killer of Afghan people,” he wrote in one caption, according to the Journal. In another post, he spoke of meetings with the Foreign Relations Committee and was in attendance at a hearing on Afghanistan security.

He has also met with U.S Rep. Charlie Rangel, U.S Rep. Dana Rohrabacher, and U.S Rep. Ed Royce, according to his Facebook posts.


The Washington Post reported Sunday that he is currently trying to run for president of Afghanistan. “The most recent video on Mateen’s YouTube channel shows him declaring his candidacy for the Afghan presidency. The timing of the video is strange, as it came a year after presidential elections were held in Afghanistan,” the Post reported.

Mateen also sent messages to the Obama administration, including a photo of him with a banner that read: “Taliban are 100% AFGHAN. No one owns them & they are Durand Line Destroyer.” In another, he wrote: “Oh President Obama, Pakistan is the Capital of Terrorism” and another that says: “ISI Pakistan is the American & Afghan Soldiers Killer!”

Speaking with NBC News, Mateen said his son’s attack “has nothing to do with religion.”

“We are saying we are apologizing for the whole incident. We weren’t aware of any action he is taking. We are in shock like the whole country,” he told the broadcaster.

Related Coverage
Omar Mateen’s Father on Orlando Shooting: ‘I would have stopped him’

Officials say that at least 50 people and 53 others were injured in the nightclub shooting, which took place early Sunday morning. New York-born suspect, Omar Mateen, was shot and killed by police about 3 hours after the incident unfolded.

Ron Hopper, head of the FBI in Orlando, said his office investigated Omar in 2013 when he made “inflammatory comments” to co-workers about possible “terrorist ties,” according to Al Jazeera TV. In 2014, officials investigated him again for “possible ties” to American suicide bomber, Moner Mohammad Abusalha.

Omar’s contact with Abusalha was “minimal and did not constitute a substantive relationship or threat at that time,” Hopper told the broadcaster.

Omar had legally purchased the two guns believed to have been used in the shooting within “the last few days,” said Trevor Velinor, a spokesman for the Bureau of Alcohol, Tobacco, Firearms, and Explosives (ATF).

Hopper responded to questions about how Omar was able to obtain guns despite being investigated by the FBI, saying, “there was nothing to keep the investigation going forward.”

When reporters questioned him further, he responded, “Again, investigation was closed.”