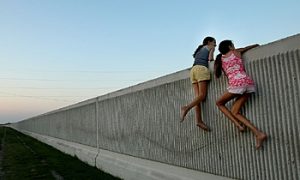 TAIPEI, Taiwan—Dr. Shen Ming-Jing of the Hematology and Tumor Department at Changhua Christian Hospital, known in Taiwan as “The Father of Hematology”, attended Shen Yun Performing Arts International Company's performance at the National Dr. Sun Yat-Sen Memorial Hall on April 3. Dr. Shen has see Shen Yun for three consecutive years. He said, “The performance was of the highest standard and quality. It was really remarkable."

Dr. Shen said that a performance with such rich and profound connotations like Shen Yun is hard to find in modern-day China. It has also been a long time since he has seen anything similar in Taiwan. He believed Taiwan’s own artists, vocalists and dancers could learn a lot from Shen Yun, which would help to further develop Taiwan’s culture and art.

Dr. Shen has dedicated his life to the research and treatment of hemophilia and has worked in the field for more than 30 years. He is recipient of the 16th Medical Service Award and the 2009 Taiwan Medicare Exemplar Award.