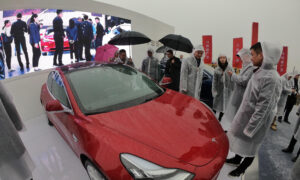 China Ends Electric Vehicle Subsidies as Sales Cut in Half
0 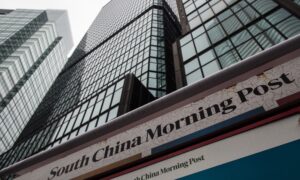 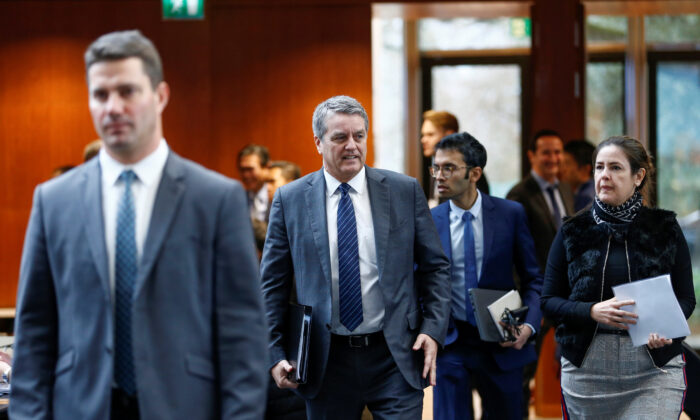 The United States said on Dec. 9 that it won’t back a proposal to allow the World Trade Organization’s (WTO) top court to continue.

President Donald Trump is a longtime critic of the organization, and for two years, his administration has been blocking appointments to the WTO’s seven-member Appellate Body that rules on trade disputes, with U.S. officials saying the court had overstepped its mandate.

While the Appellate Body needs a minimum of three judges to function, the terms of two of the three remaining members of the panel expire Dec. 10; the United States is blocking any possible replacements.

Another attempt was made on Dec. 9 to reach a consensus on arrangements for filling the vacancies, as well as obliging the appeals panel to issue rulings within 90 days. The WTO is the only international group that deals with the rules of trade between each country, via agreements among the organization’s member nations.

The U.S. ambassador to the WTO, Dennis Shea, said other members hadn’t addressed Washington’s concerns about what he called the court’s “overreach” and “disregard” of WTO rules. Shea said the United States didn’t support the proposal to start filling Appellate Body positions.

The WTO didn’t immediately respond to a request by The Epoch Times for comment.

Much of Trump’s criticisms against the WTO center on how the organization treats China. In binding rulings, WTO judges have given Beijing the benefit of the doubt on subsidies and rejected Washington’s concerns about unfair trading practices.

On Twitter in June, Trump called the organization “broken” and said the world’s richest countries “claim to be developing countries to avoid WTO rules and get special treatment … at the expense of the USA!”

In July, Trump pressed the WTO to stop allowing Beijing and other major economies to receive lenient treatment by proclaiming themselves “developing” countries. At the time, Trump directed U.S. Trade Representative Robert Lighthizer to “use all available means” to get the WTO to block countries from using the claim.

Developing countries get more time to open their economies, more leeway to subsidize their exports, and procedural advantages in WTO disputes. Countries can choose their own status, and other countries can challenge them.

Trump said the designation lets China and others take “unfair” advantage of the trade rules. If the United States decides the WTO hasn’t made “substantial progress” after 90 days, it will seek unilaterally to stop treating those countries as developing economies.

“China, which is a great economic power, is considered a Developing Nation within the World Trade Organization,” Trump wrote on Twitter earlier this year. “They, therefore, get tremendous perks and advantages, especially over the U.S. Does anybody think this is fair. We were badly represented. The WTO is unfair to U.S.”

China’s trade ambassador, Zhang Xiangchen, reacted to the U.S. actions on Dec. 9, saying, “This is no doubt the most severe blow to the multilateral trading system since its establishment.”

David Walker, New Zealand’s ambassador who chairs the WTO’s committee on dispute settlement, proposed last week that it should at least be allowed to conclude four cases that have already had hearings.

Ten pending appeals would be left in limbo, along with a 100 or so more in the process.

At this year’s annual United Nations General Assembly, the 74th session, Trump said it was a mistake to allow China admittance into the WTO in 2001.

“Not only has China declined to adopt promised reforms, it has embraced an economic model dependent on massive market barriers, heavy state subsidies, currency manipulation, product dumping, forced technology transfers, and the theft of intellectual property and also trade secrets on a grand scale,” he said.

“The United States lost 60,000 factories after China entered the WTO. This is happening to other countries all over the globe.”