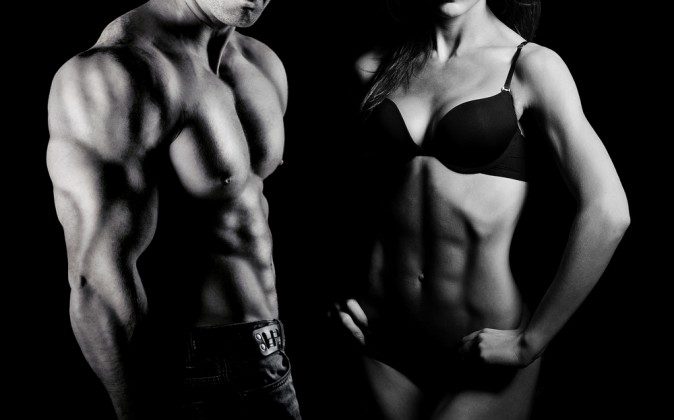 ‘Fat Blaster’ Drug Can Give You Weight Loss to Die For

Losing weight is very hard, so it’s not surprising many people succumb to the allure of miracle weight-loss pills and potions available online. But they do so at their own peril, as today’s Emergency Medicine Journal shows with a report on weight-loss drug from the 1930s that’s making a nasty comeback.

Anyone who has spent any time on the internet will know what it’s like to be constantly bombarded with advertisements for this or that “fat burner” or “fat buster”.

Many of these come from exotic origins, such as green coffee bean extract to Garcinia Cambogia. And none actually work; today’s fat buster is forgotten and replaced by yet another miracle compound tomorrow.

Usually, the only damage these alleged miracle drugs do is to your bank balance. But an old chemical known as 2,4-dinitrophenol, or DNP, is making a comeback and it will literally give you fat loss to die for.

2,4-dinitrophenol (DNP) is a synthetic, industrial chemical with multiple uses. I’ve previously used it in the lab to detect biological chemicals that would develop a colour when DNP reacted with them.

One of its original uses was in explosives manufacture, and it was developed as a weight-loss tablet after munitions workers were observed to have lost weight. It is, in fact, the original “fat blaster” and was used as a weight-loss aid in the 1930s

It makes the energy-generating organelles of our cells, the mitochondria, less efficient. You lose weight as the food you eat is turned into waste heat rather than productive work or being stored as fat.

People who take DNP report feeling hot and sweaty, or feverish, because of the waste heat caused by DNP preventing the mitochondria from working at full efficiency. But the waste heat has another important side effect: it can kill you.

If you raise your internal temperature enough, you can get lethal hyperthermia – death resulting from your body cooking in the inside. This is not the only serious, or even potentially lethal, DNP side effect, but it’s certainly the most attention grabbing one.

This lethality is why DNP was banned back in 1938.

But it’s back, despite being banned in numerous countries, and repeated warnings from various regulatory agencies. DNP is now available for purchase on the internet, and is promoted in body-building circles worldwide for “body sculpture”.

DNP makes people feel hot and sweaty as waste heat is created when the chemical prevents the mitochondria from working at full efficiency. (Shutterstock*)

The problem is that we have no clear idea of how many people are taking DNP, and the prevalence of adverse events. Today’s report in the Emergency Medicine Journal gives a bit of an answer but their information is only from the United Kingdom.

The study authors looked at the number of telephone enquiries to the UK’s National Poisons Information Service asking about DNP poisoning, as well as enquires to the online toxicity database. They found the figures soared between 2012 to 2013, after being low since 2007.

Searching the databases for professional enquiries made about the drug, they found 39 queries between 2007 and 2013, and five related deaths.

The figures suggest increased use, and are compatible with an increase in worldwide reported deaths from DNP in the decade 2001 to 2010.

While the overall figures are low, (in 2013 there were 22 calls about DNP, less than 1% of all calls for paracetamol per year), the fact that this is a banned, or restricted, substance is of great concern.

Of greater concern still is the fact that a significant number of the adverse reactions to DNP recorded in the article were from doses that are generally recommended by Australian body-building websites.

While the drug is not commercially available in Australia (or the United Kingdom), it’s easily bought over the internet, so the potential for misadventure is high. And as people buy it off the internet, it’s very difficult to know how many are actually using DNP for weight loss or body sculpting.

Australian body-building sites suggest “quite a few but not the majority”, but what this means in actual numbers is anyone’s guess.

These people are likely to either “push through” the side effects or stop using DNP when side effects appear, rather than reporting them to the doctor. So, again, we also have no real idea of how many are experiencing side effects.

Clearly, we need to renew warnings and education about DNP, targeting body-building groups who are more likely to press on with using this kind of substance while suffering side effects.

Ian Musgrave receives funding from the National Health and Medical Research Council to study the potential adverse effects of herbal medicines. He has previously received funding from the Australian Research Council to study chemicals that modify the toxicity of the toxic proteins found in Alzheimer’s disease. He is a council Member of the Australasian Society for Clinical and Experimental Pharmacology and Toxicology, and a council member of the Australian Science Communicators (SA). This article was originally published on The Conversation. Read the original article.

*Images of “faucet” and “bodybuilding couple” via Shutterstock