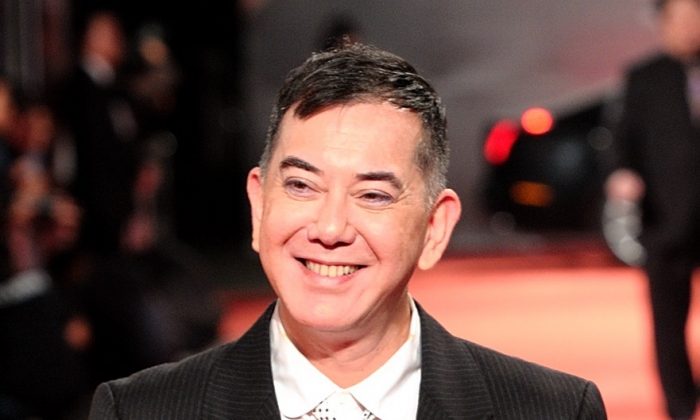 HONG KONG—Renowned Hong Kong actor Anthony Wong Chau-Sang gave a sharp-tongued scolding on Facebook to the media of the Chinese Communist Party (CCP) after they boasted about the CCP’s many contributions to Hong Kong.

On Jan. 31, the first day of the Chinese New Year, CCP mouthpiece Xinhua News Agency published two articles claiming that without the support of the Chinese Communist Party, Hong Kong would not have today’s level of success.

The next day, Wong expressed his revulsion on Facebook.

“I don’t care if you are the Xinhua News Agency,” he wrote. “Will the planet stop revolving if there is no mainland CCP?”

“Megalomaniacs!” he added. “Hong Kong rely on you? You need to be scolded on an auspicious New Year!”

The two articles listed many financial measures the CCP had taken to benefit Hong Kong, such as the Closer Economic Partnership Arrangement (CEPA) allowing mainland Chinese people to visit Hong Kong on an individual basis.

“In business, how can you tell who is favoring whom?” Wong wrote. “If one side insists that he is indispensable, isn’t he a bandit?”

This isn’t the first time Wong has had a conflict with CCP media. In July 2013 Wong lamented on Weibo, the Chinese equivalent of Twitter, “More than half of the people in mainland China cannot read writings in Chinese traditional characters! Chinese civilization is dead in the mainland.”

Guangming Daily, another CCP-controlled media, responded by aggressively attacking Wong with denigrating terms such as “untouchable,” “outcast,” “slave,” and “dog of Hong Kong.” Guangming reported that Wong was a “fake foreigner,” referring to his mixed British and Chinese ancestry, and said he was “groaning for nothing.”

Wong responded on Weibo: “I am neither a linguist nor a historian. Why pay so much attention to my words? Why attack in full swing?”

He later explained, “The reason I say Chinese civilization is dead in the mainland is because language is the key to culture. Without this key, we cannot appreciate the content of the culture.”