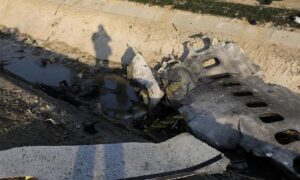 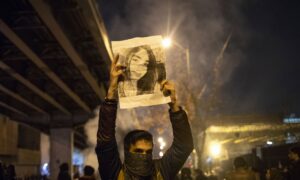 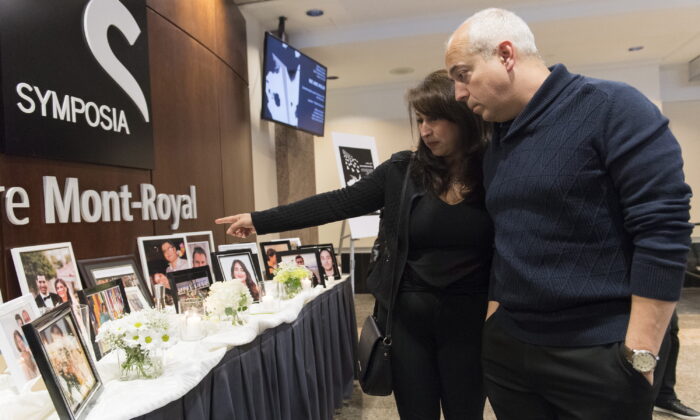 People pause at a memorial prior to a ceremony to remember those who lost their lives in Ukraine International Airlines Flight 752, in Montreal, Canada, on Jan. 19, 2020. (Graham Hughes/The Canadian Press)
Canada

OTTAWA—The families of Canadians killed when Iran shot down a civilian airliner in January are preparing to grill Foreign Affairs Minister Francois-Philippe Champagne over the federal government’s plan to hold Iran to account.

Representatives for the victims of Ukraine International Airlines Flight PS752 expressed frustration at the lack of progress today as they launched a new group aimed at remembering those who were killed and pressing for justice.

Fifty-five Canadians and 30 permanent residents of Canada were among the 176 people killed when Flight PS752 was shot down by the Iranian military shortly after takeoff from Tehran on Jan. 8.

Families of the victims are scheduled to meet with Champagne next week, and those launching the Association of Families of Flight PS752 Victims said they plan to ask him for a roadmap and timeline for holding Iran to account.

Prime Minister Justin Trudeau says the federal government continues to pressure Iran to provide answers, which includes demands the country hand the airliner’s flight recorders over to France for analysis.

But Trudeau says Iran has said it can’t send the so-called black boxes right now because of COVID-19.