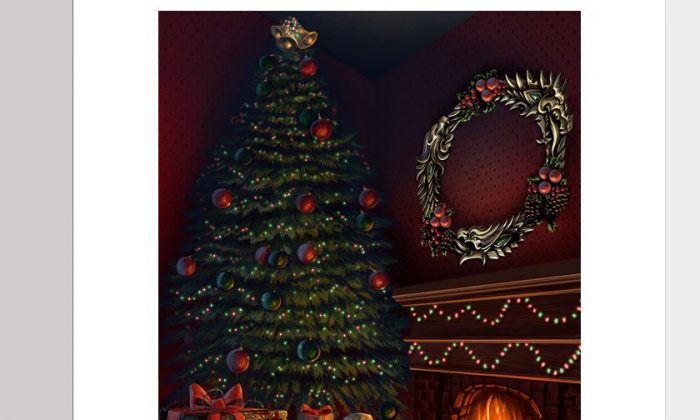 A screenshot of Bethesda's website shows the card.
Tech

Fallout 4: Rumors Persist, but a 2014 Release Looks Grim for Fallout 4

Bethesda released a Christmas card recently, suggesting that Fallout 4, or a new Fallout game, won’t be coming out next year.

The card was released on the company’s blog this week, showing a few hints for upcoming games.

They include a robotic dog, a vault-looking box, and a wreath-looking Ouroboros–which is an ancient symbol of a snake or dragon eating itself.

The robotic dog, as IGN notes, is in reference to “Wolfenstein: The New Order.” The dog is actually a Panzerhund in the franchise.

The vault-like box is in reference to the upcoming ‘The Evil Within” and the Ouroboros refers to the “Elder Scrolls Online,” which according to Bethesda, will be released in April 2014.

“As tradition, we wanted to share this year’s Bethesda Holiday card. With 2014 already on the brain, this year’s card pays tribute to next year’s lineup,” the company said in the blog.

“The casting documents, which I’ve been able to confirm are real, include scripts, character descriptions, and other details about the next Fallout, and although the word Fallout does not appear in these scripts, there are several references to Fallout’s setting and locations,” writes Kotaku’s Jason Schreier in the report.

The “war never changes” line will be in the game, as in the previous games, but it won’t be read by Ron Perlman. The main character will say it instead, Kotaku reported.

And new characters include a radio DJ, Travis Miles and one named Sturges–described as a cross between singer Buddy Holly and actor Vin Diesel.

There was also a website, Survivor 2299, that fooled many into believing that there would be a new development in the Fallout franchise. But hat turned out to be a hoax created by a Reddit user.

Bethesda, via Twitter, wrote two weeks ago: “If you don’t hear it through an official channel like this, assume all rumors and speculation are false.”