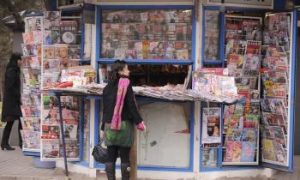 Residents in the southern Swedish city of Falköping found 50 to 100 dead jackdaws birds lying on a street Jan. 5, according to Swedish news website The Local.

The deaths follow similar mysterious cases of avian fatalities in the United States over the past week. In Arkansas an estimated 5,000 dead birds were found on New Year’s Day, and in Louisiana 500 dead birds were found over the past few days. So far scientists have been baffled by the exact cause of the birds' deaths. “Our main theory is that the birds were scared away because of the fireworks and landed on the road, but couldn't fly away from the stress and were hit by a car," Swedish veterinarian Robert ter Horst told The Local. However fireworks in previous years have not caused mass bird deaths.