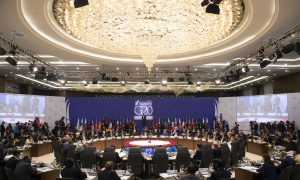 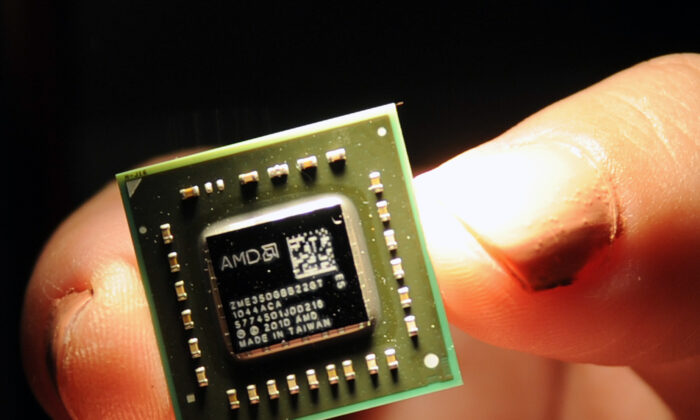 A chip the size of a coin, used in central processing units and a graphic processing units developed by the US-headquartered Advanced Micro Devices (AMD) is displayed during a press conference held in Taipei on May 24, 2011. (Sam Yeh/AFP via Getty Images)
China Business & Economy

Counterfeit products have been circulated in China’s electronics market for a long time. However, as the global chip shortage intensifies, a large amount of refurbished, substandard fake chips are flood the market, exposing major deficiencies in China’s quality control standards.

China Economic Observer reported a chip agent revealed that to meet the growing demand, suppliers were no longer keeping their counterfeiting practices secret. Instead, they are openly creating separate production lines to expedite the sales of counterfeit or refurbished chips. Furthermore, businesses are no longer offering the shoddy products at half price. Many are being sold at full market value.

The agent identified two types of counterfeit chips. The first involves recycling used chips from e-waste by removing the logo and cleaning them for resale with new packaging. The second involves packaging the substandard chips from the regular production line and selling them as good products.

Not surprisingly, customers were often dissatisfied with the product’s performance, reliability, and durability. However, the deficiencies were not immediately evident until after the chips were used over time or under extreme conditions. At which point, it would be the customers or manufacturer of the final products who suffer a loss, while the fake chip providers often avoid troubles, according to the chip agent.

Small and Medium-sized Enterprises Are Most Affected

China has long relied on imported chips. Small and medium-sized enterprises are unable to directly order from overseas manufacturers due to the small quantities, and can only purchase through third-party distributors. Thus, small and medium-sized enterprises in China have become the largest buyers of fake chips, and also the largest group of victims.

For example, a small company once designed a simple data acquisition card. The debugging stage always showed abnormal results. It raised concerns about the design. But through the help of a chip disassembly company that compared it with an authentic chip purchased through proper channels, they found that the problem stemmed from the chip being fake.

Some of the Fake Chips Flowed Overseas

The commercial district of Huaqiangbei in Shenzhen, Guangdong, is well known for its counterfeit chip dealers. It has become the largest distribution center for integrated circuit products in Asia. While most of the chips produced there stay in China, many are believed to be filling overseas supply chains, especially through the exporting of Chinese electronic products. It prompts legal liability concerns that rarely get resolved.

Zhu Yicong, a senior equity partner at Yingke (Shenzhen) Law Firm, told Chinese state media that legal actions are rarely taken against China’s questionable chip manufacturers. This is despite how China’s laws consider it illegal to offer “substandard”  or counterfeit products. But because the term “substandard” is ambiguous, independent examiners may be needed to prove the chips being sold are not genuine and reliable.

Another reason is that some buyers, due to supply shortages or cost-cutting, take a tacit attitude towards illegal chips, and deliberately mix the genuine chips with the fake ones, which encouraged the formation of a counterfeit industrial chain. Unfortunately, the end-users and consumers have to bear all the risks.