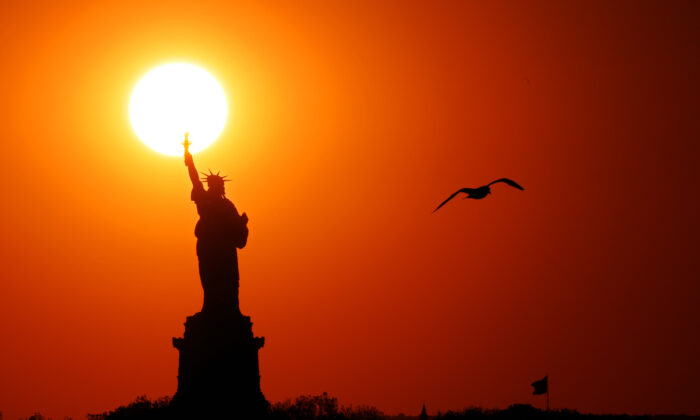 The sun sets behind the Statue of Liberty as a seagull flies past in New York Harbor on June 2, 2017. (Michael Heiman/Getty Images)
Viewpoints

‘Fact Checks’ by Non-Experts Are Shutting Down Genuine Scientific Inquiry 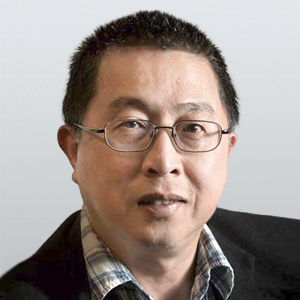 We recently published a new climate change report in the peer-reviewed scientific journal Research in Astronomy and Astrophysics (RAA). The nearly two dozen co-authors of our paper are experts in solar physics and climate science from 14 countries. We were looking at the role of the sun in climate change.

We found that, depending on which scientific datasets you choose, you could explain the global warming since the 19th century as being anything from mostly natural to mostly human-caused. The huge uncertainty over such a key question is a major concern.

A few days after our paper was posted online, the U.N.’s Intergovernmental Panel on Climate Change (IPCC) published its sixth assessment report (AR6). The IPCC AR6 concluded that it was “unequivocal” that recent global warming was almost entirely human-caused.

The journalist Alex Newman was struck by the contrast between the two reports. He interviewed us, representatives for the IPCC, and several other scientists for an article in The Epoch Times.

People began sharing Newman’s article on social media. One of Facebook’s “independent fact-checkers,” Climate Feedback, quickly stepped in. This “fact-checker” website, financially supported by Facebook, TikTok, Google News Initiative, and others, declared the article to be “incorrect” and “misleading.” Facebook then began censoring any posts sharing the link.

When we discovered this, we carried out our own “fact-check fact-check.” Using the “fact-checking” framework developed by Climate Feedback, we found their farcical “fact-check” was guilty of 11 of the 14 classes of misinformation the website warns against, while Newman’s article made none of them.

We wrote an open letter to this supposed “fact-checker” website, asking them to correct their egregious “fact-check.” This can be read at Ceres-Science.com.

However, the almost comical nature of this supposed “fact-check” has prompted us to ask why science reporting is being subjected to “fact-checking” in the first place.

The two assessments on climate change came to different conclusions because they had different goals and used different approaches.

The IPCC was set up by the U.N. Environment Program (UNEP) and the World Meteorological Organization (WMO) to provide “scientific information that [governments] can use to develop climate policies.”

We can see what “climate policies” the UNEP have been interested in from a June 30, 1989, AP interview:

“[Director of the New York office of the UNEP, Noel Brown] says entire nations could be wiped off the face of the Earth by rising sea levels if the global warming trend is not reversed by the year 2000. … He said governments have a 10-year window of opportunity to solve the greenhouse effect before it goes beyond human control.”

The UNEP had already decided, even before the first IPCC report in 1990, that humans were to blame for climate change through their greenhouse gas emissions.

As a result, now many journalists promote this “scientific consensus” narrative by not reporting any findings that disagree with it.

Supporters of this approach call it “reliable reporting,” which sounds impressive. But a better description is “narrative-driven journalism.” Journalists decide on the narrative they believe is “reliable” and then suppress any opposing views.

This “reliable reporting” approach puts a very heavy burden on journalists. They’re effectively asked to act as the arbiter of scientific disagreements.

More recently, social media platforms have created a similar burden in their foolhardy quest to quash the sharing of “fake news.”

“Fact-checkers” claim to provide the solution. But a weaponized “fact-check” is nothing more than a “narrative-check.”

Willie Soon, Ph.D., and Ronan Connolly, Ph.D., are the co-authors with 21 other scientists of the peer-reviewed paper titled “How much has the Sun influenced Northern Hemisphere temperature trends? An ongoing debate.”